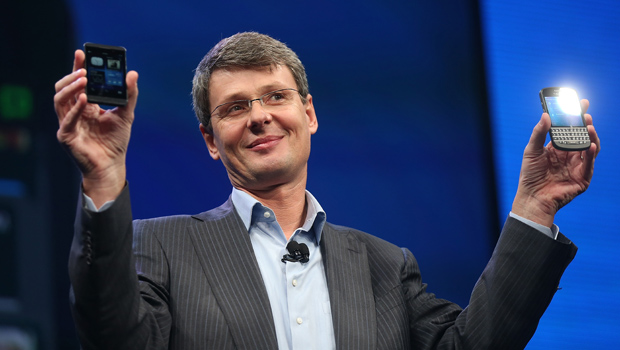 TORONTO The maker of the BlackBerry said Friday that it wants U.S. and Canadian regulators to investigate a "false and misleading" report by a financial analyst that claims the company's new smartphone is being returned in unusually high numbers.

Thorsten Heins, the CEO of Research In Motion Ltd. (RIM), said returns of the new BlackBerry Z10 are in line with industry norms. In a statement Friday, Heins said Thursday's report from research and investment firm Detwiler Fenton has to be challenged because it is either a complete misreading of the data or a willful manipulation.

"The data we have collected from our retail and carrier partners demonstrates that customers are satisfied with their devices," Heins said.

The BlackBerry, pioneered in 1999, had been the dominant smartphone for on-the-go business people and other consumers before the iPhone debuted in 2007 and showed that phones can handle much more than email and phone calls. After numerous delays, RIM is attempting a comeback with phones running its new BlackBerry 10 system. The Z10 is the first of those devices.

RIM, which is based in Waterloo, Canada, wants an investigation by the U.S. Securities and Exchange Commission and the Ontario Securities Commission.

RIM's chief legal officer, Steve Zipperstein, said that while people are entitled to opinions about the merits of various smartphones, that doesn't extend to "false statements of material fact."