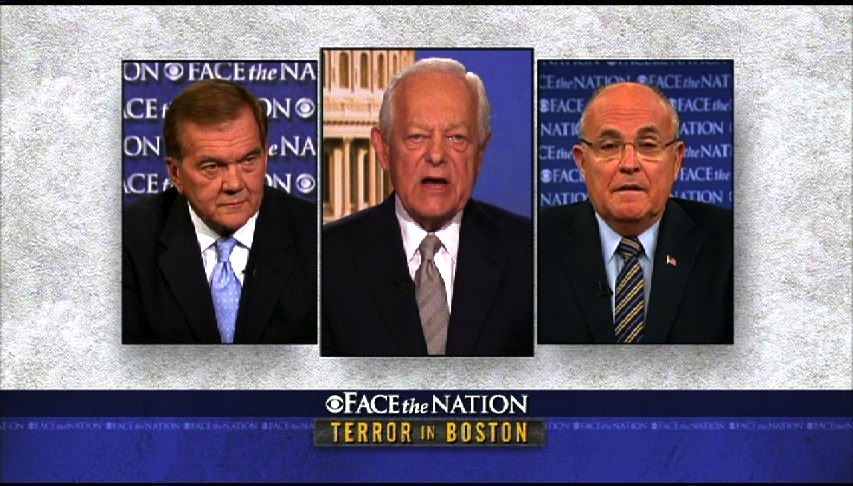 Speaking after a discussion with family members of the 26 victims killed in Newtown, Ridge said he "regrets" that the amendment, authored by Sens. Joe Manchin, D-W.Va., and Pat Toomey, R-Penn., failed Wednesday, 54 to 46.

"At the end of the day, I think the president.... and these people are absolutely determined to start the process," he said. "And as someone who previously voted for an assault weapon ban back in '85, I think it is certainly within the right, as a matter of public policy, to circumscribe your ability to access certain kinds of firearms, and I certainly thought at least the background check would find bipartisan support. I regret that it didn't."

Citing the 2007 shooting at Virginia Tech, where the gunman was under a court order at the time because of a psychological illness, Ridge said the background check expansion would have been "a very positive first step" in helping to identify persons not suited to purchase firearms. Giuliani agreed, and pointed out that failed or not, "just having the debate was a lot better than what's happened in the last 10 years where this debate has been suppressed." But meaningful reform on gun laws, he added, has to dive even deeper into mental illness in the United States.

"If this law had been passed, would it have prevented Adam Lanza?" Giuliani asked. "The sad answer to it is no, it would not have prevented Adam Lanza because Adam Lanza was not in any database indicating that he had mental illness because all that information is kept very private. It's kept very confidential. If we're really going to improve here, if we're really going to be honest with these people you had on the show, and prevent, or attempt to prevent another Sandy Hook, you've got to do something about how secretive all of these mental health records are - the privacy aspect of it.