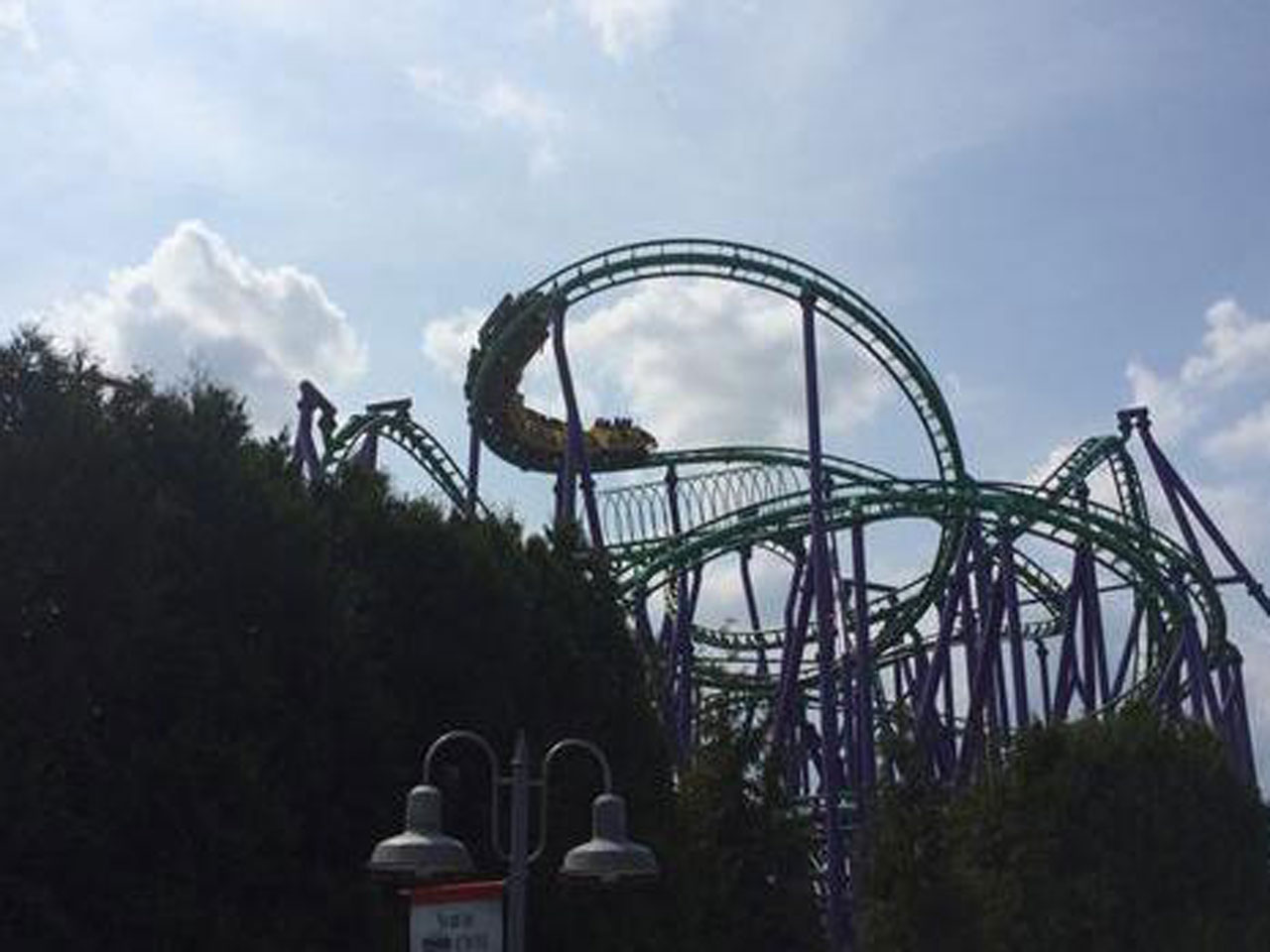 Firefighters were first called to the Joker's Jinx roller coaster at the park around 2:30 p.m., reports CBS Baltimore.

According to fire officials, the riders were sitting upright about 45 feet off the ground near the top of the ride.

Because of the height of the coaster, the rescue took more than four hours. It's not known what caused the ride to malfunction. Part of the difficulty was harnessing each rider in each car before the restraints were released.

Rescuers handed out water and umbrellas to the stuck riders to shield them from the hot summer sun.

On its website, Six Flags writes that the Joker's Jinx "has a cutting-edge linear induction motor launch system that will get you from 0 to 60 miles per hour in just over three seconds."

The last rider was safely on the ground by 7 p.m.