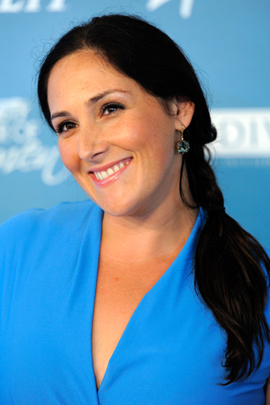 (CBS News) Ricki Lake returned to TV as a talk show host Monday, but those who followed her almost a decade ago may see some changes.

While the old show, which ended in 2004, took pains to give a young person's spin on hot-button topics, the new "Ricki Lake Show," producers say, is going to follow the 40-something host's personal journey and choose topics that are relevant to her life now.

But the actress hasn't altered her style and the new show has all the comfort of the familiar.

Body image was the topic of the debut show and guests included the plus-size model Emme, women who have lost weight and are sharing their experiences, teens protesting the airbrushing of photos in magazines and professional counselors, some of whom also have battled weight problems.

The host, who not long ago lost 20 pounds while competing on "Dancing With The Stars," told some war stories of her own.

Topics for the rest of the week include what women should know about hormones, the power of social media, life after the media and women trying abstinence.

The syndicated weekday show is produced by Twentieth Television. It joins a host of new and returning talk shows, including two others - "The Jeff Probst Show" and "Katie" with Katie Couric - that also debuted Monday.