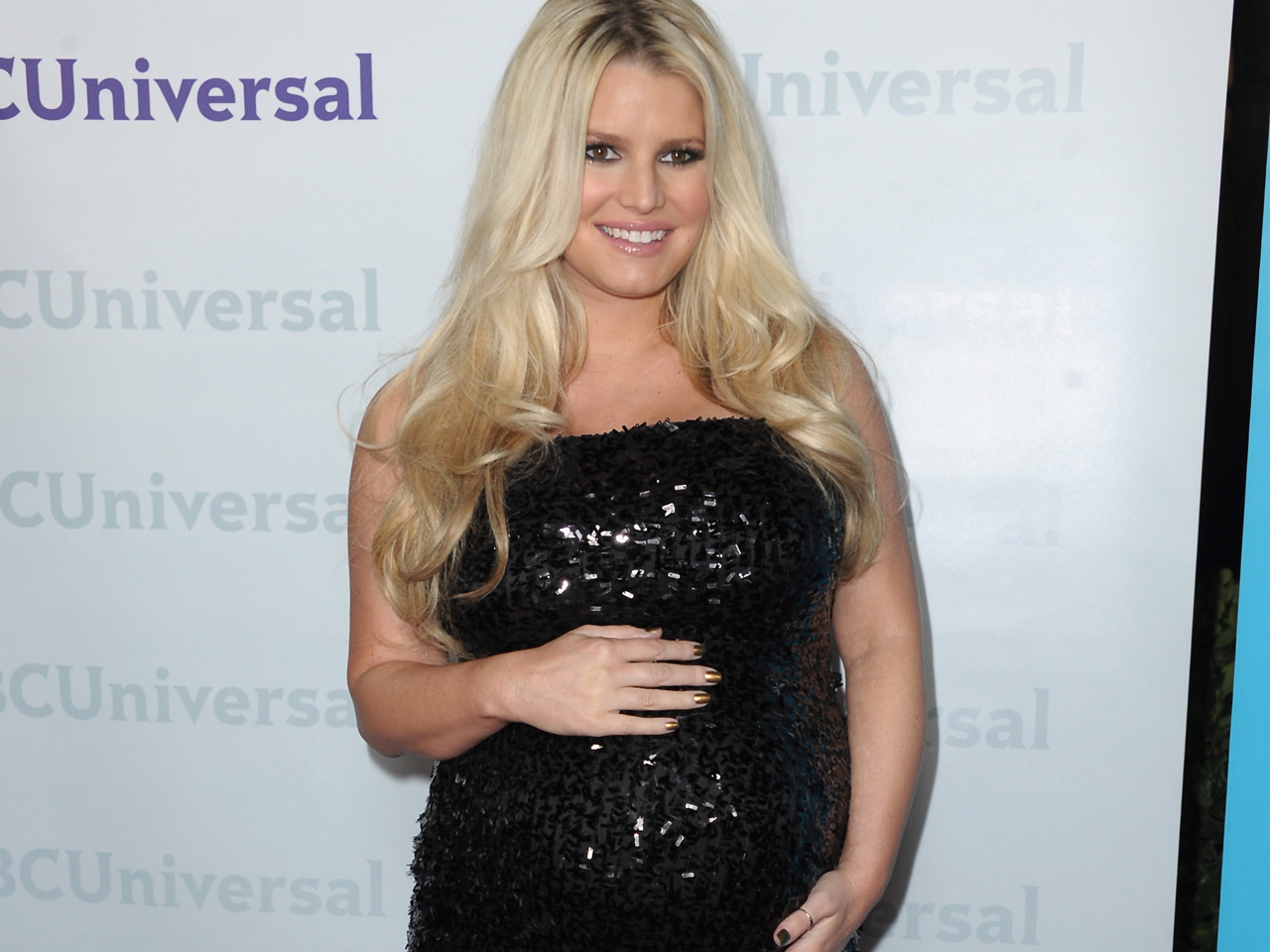 "Just finished the @KatieCouric show. So much fun!" the singer/fashion designer/TV personality tweeted, along with a photo (at left) of what she wore.

On "Katie," Simpson revealed she's lost more than 40 pounds since giving birth to daughter Maxwell Drew on May 1.

"My doctors told me [my pregnancy weight] was a lot of water, and when my water broke ... All the weight did not come out with the baby," she told Couric.

The Weight Watchers spokeswoman added, "I had to stay focused on my diet. I want to be as healthy as I can because I'm a mom now."

Simpson told Couric she uses a pedometer to track her steps and brings Maxwell along with her when she goes on walks. "My new goal is 14,000 steps a day," she said.

She called losing weight "a challenge," but added, "I set small goals for myself. I've lost weight every week, thank God, but I've worked really hard. I have to shoot a new season of my show 'Fashion Star,' so I want to be in all the pretty dresses. I'm 10 pounds away from that."

Simpson admitted that she "put on more baby weight than I was planning," but added, "I have to separate myself from the world's expectations and really just look inside myself and be healthy with myself. I want to be a phenomenal role model for my child."

She also revealed that she and fiance Eric Johnson won't be getting married this year, and said the former NFL player is enjoying fatherhood. "People call him the best dad in the world," she told Couric. "He can do everything. He's just a very peaceful person."

Tell us: What do you think of Simpson's big reveal?