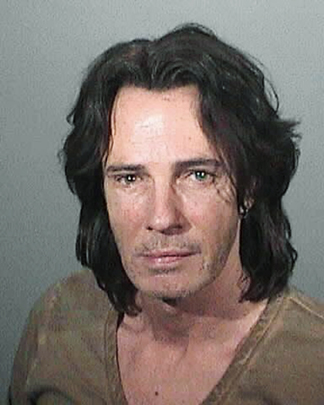 The 61-year-old "Jessie's Girl" singer, who looks dismayed and teary-eyed in his booking photo, was arrested on suspicion of driving under the influence in Malibu after he was stopped for speeding in his 1963 Corvette on the Pacific Coast Highway at around 8 p.m. that night.

According to TMZ, Springfield failed field sobriety tests.  His blood alcohol content reportedly was measured at .10, which is .02 over the legal limit.

Springfield was released Monday around 2 a.m. He is due in a courtroom in Malibu for a first appearance on July 5.