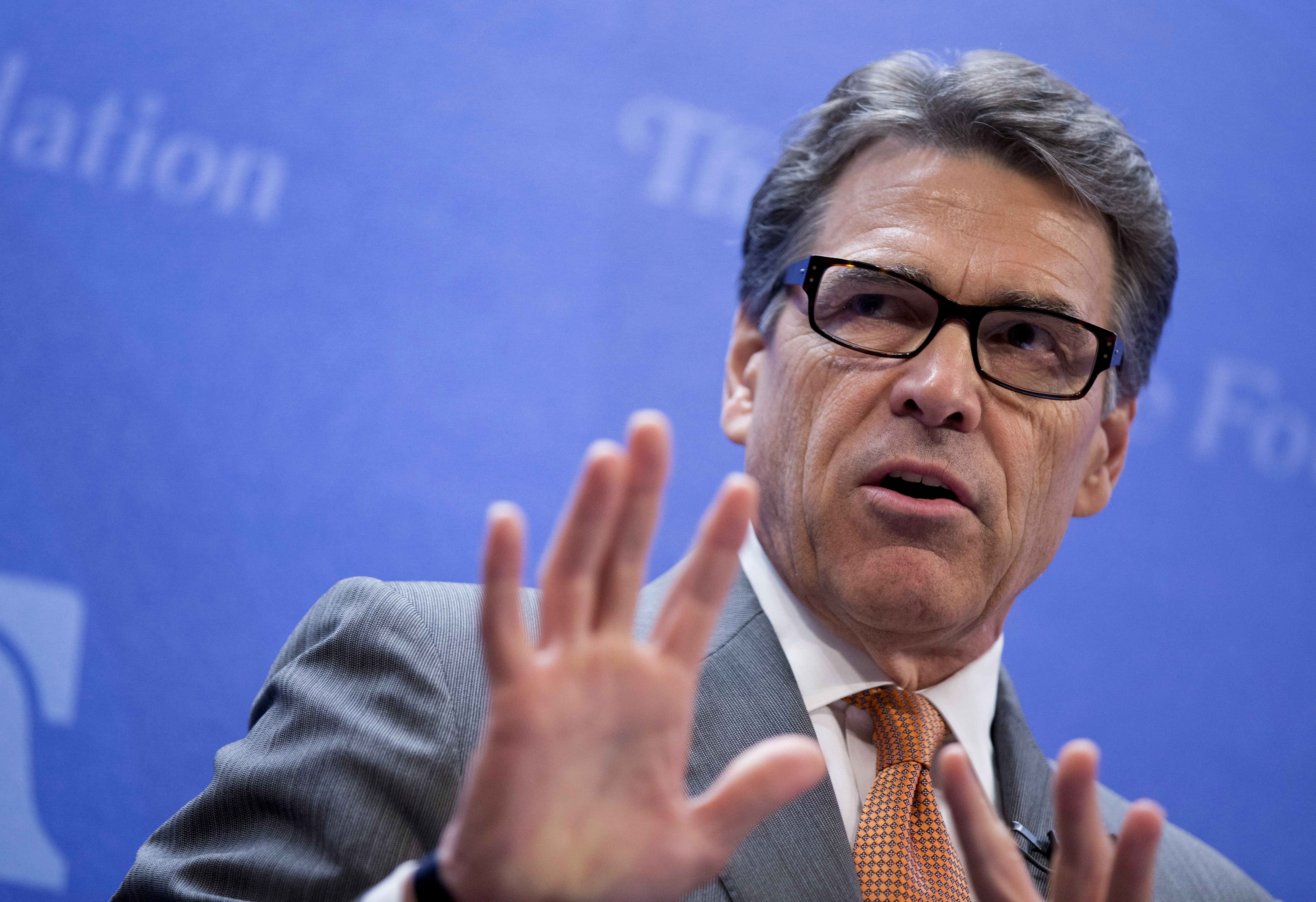 As Texas Governor Rick Perry deals with the indictment that, as of late, has consumed his agenda, he shifted his focus to foreign policy Thursday and suggested that ISIS militants may have already sneaked into the U.S. via the southern border with Mexico.

What started as a discussion of the intensifying immigration crisis quickly spiraled into a scathing critique of the Obama administration's foreign policy.

"President Obama is going to hear warnings in his own party, he's going to hear the word mission creep and that's all from a very valid concern," Perry, a Republican who's considered a potential 2016 presidential candidate, said to a packed house at the Heritage Foundation in Washington.

"And yet it seems that in this case, we'd be very wise to remember ISIS' own version of mission creep, when they start following through on threats they've been making by sending their recruits into this country."

Perry went even further after being asked point blank about the threat of ISIS coming into the U.S. via southern border, telling the crowd that it is a very real possibility that "they may have already used" the border to enter the United States.

"We have no clear evidence of that, but your common sense tells you, when we see the number of criminal activities that have occurred - the assaults, the rapes, the murders - by individuals who have come into this country illegally over the last five years, that if the idea that they would not be looking at and managing those types of attacks from that region is not a good place to be."

On Iraq, Perry said "all options have to be open" regarding whether or not the U.S. needs to deploy ground combat troops to Iraq.

"Signaling to your enemies what you are not going to put on the table is a very, very bad both strategically and tactical errors by this administration," he said.

While Perry admitted that the last thing the country wants is to think about more conflict in Iraq, he urged the need to "get on top of this crisis by any means necessary," citing the administration's reaction to Syrian President Bashar Assad as a failure to do just that.

"We could well have gained an upper hand against the Assad regime. Syria could have been spared a lot of violence instead of becoming an ISIS stronghold," Perry said. "We heard from the White House that Assad must go. That was an opinion not a policy, and so it all came to nothing."

Perry's detailed analysis of Middle East policy seemed to impress a handful of prominent Republicans in the crowd who were nodding their heads approvingly but the biggest round of applause came during one of many of Perry's dramatic pregnant pauses after he accused President Obama of causing the immigration crisis with "willful neglect of presidential responsibility."

"Defending the border is not a political option, it is a constitutional obligation," Perry said, adding that before the government begins to work on comprehensive immigration, "How about we start with comprehensive border enforcement?"

As for his legal troubles, Perry again pointed out several Democrats who have quesitoned the abuse of power charges levied against him.

"With David Axelrod, Lanny Davis, Alan Dershowitz, Jonathan Chait all saying this is sketchy, totalitarianism, McCarthyite, I agree with them."

Rich Lowry, the editor of the National Review, introduced Perry calling the indictment a "pathetic joke," adding that it is already backfiring.

"Have you ever seen anyone look as relaxed and happy in a mug shot as Rick Perry?" Lowry quipped.

Despite his legal issues in the Lone Star State, Perry will continue to take his show on the road.

His lawyers will be in court dealing with his arraignment Friday, but Perry will be traveling throughout New Hampshire and South Carolina - two critical presidential primary states.