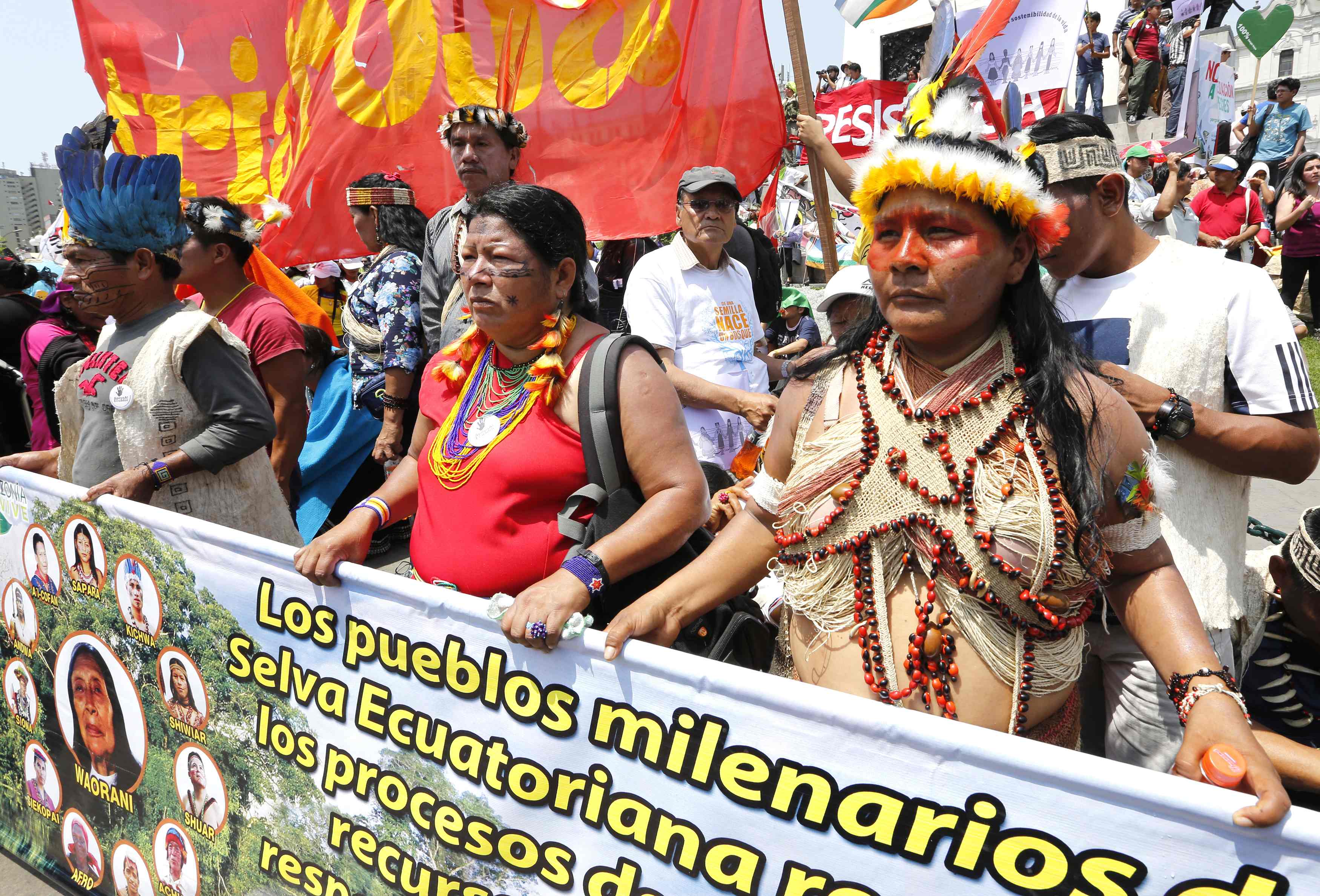 Early optimism at U.N. climate talks has given away to arguing between rich and poor nations over the shape of a new agreement, raising doubts over whether world leaders will reach a deal to combat greenhouse gas emissions ahead of a key summit in Paris next year.

In a brief visit to the slow-moving negotiations in Lima, U.S. Secretary of State John Kerry urged governments to stop bickering over who should do what to rein in the carbon pollution blamed for heating the planet. The two weeks of negotiations are set to end Friday but are likely to go into the weekend.

"Pretty simple, folks: It's everyone's responsibility, because it's the net amount of carbon that matters, not each country's share," Kerry said Thursday.

He warned that neglecting to forge an effective plan to fight climate change would be judged a "massive, collective moral failure of historical consequences."

"If we don't lead, future generations will not forgive us," Kerry said. "They will want to know how we together could possibly have been so blind, so ideological, so dysfunctional and, frankly, so stubborn" by failing to act on overwhelming scientific evidence.

Lou Leonard, the vice president of the climate change program for World Wildlife Fund, said Kerry's appearance "should help prop up the talks just as they are starting to falter and fall victim to political tunnel vision."

"The Secretary's words speak directly to key crunch issues in the Lima endgame. As talks enter their final hours, we're quickly losing the big picture and with it critical momentum," he said in a statement. "Kerry's speech rightly reminded negotiators why they are here: because the science is screaming at us."

How to divide the emissions cuts that many scientists say are needed to avoid dangerous levels of warming is a major sticking point in the negotiations toward the global climate pact that governments aim to adopt in Paris.

Optimism injected into the negotiations last month by a joint U.S.-China announcement on their planned emissions targets faded in Lima as rich and poor countries argued over the content of the formal pledges that countries are supposed to make early next year.

Rich countries insist the pledges should focus on efforts to control emissions and are resisting demands to include promises of financing to help poor countries tackle climate change.

Top carbon polluter China and other major developing countries oppose plans for a review process so the pledges can be compared against each other before Paris.

Brazil's top negotiator, Antonio Marcondes, called the review an "unnecessary effort" that would detract from the main goal of reaching an agreement next year.

Some delegates expressed surprise that China, despite its joint announcement with the U.S., continued to insist on clear dividing lines between the climate action expected from developed and developing nations.

"I thought that they would not be as stern as they used to be in the past," said Tony de Brum, the foreign minister of the Marshall Islands, which is among the small island states that fear they will be submerged by rising seas caused by global warming.

Liu Zhemin, the deputy head of the Chinese delegation, stressed the principle in the 1992 U.N. climate convention that rich countries have a greater responsibility to fight climate change. He called China's announcement last month that it its emissions would peak by 2030 "a very ambitious target" that would require tremendous action.

Scientific reports say climate impacts are already happening and include rising sea levels, intensifying heat waves and shifts in weather patterns causing floods in some areas and droughts in others.

According to the U.N.'s scientific panel on climate change, the world can pump out no more than about 1 trillion tons of carbon to have a likely chance of avoiding dangerous levels of warming. It has already spent about half of that carbon budget as emissions continue to rise, driven by growth in China and other emerging economies.

China, the U.S. and the European Union, which are the three biggest emitters, have announced their emissions targets, but no other country has. Governments are supposed to submit their pledges by the end of March, though many have said they need more time.