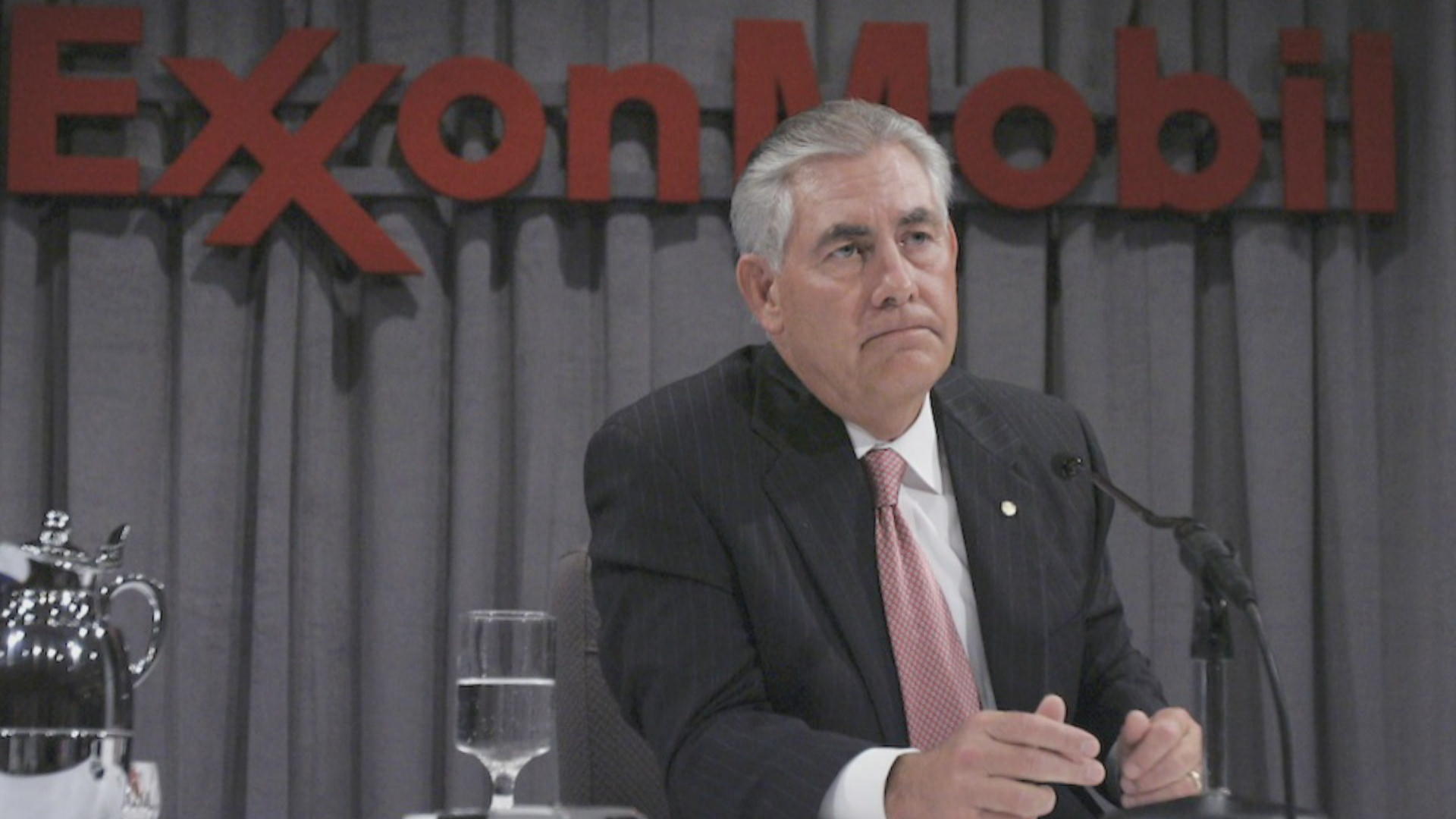 “Rex will be a fierce advocate for America’s interest around the world,” Mr. Trump said.

But members of the Senate Foreign Relations Committee who will be judging the secretary of state nominee worry his business interests may cloud his judgment.

“As secretary of state, he’s going to have to fight for free press, human rights, democracy -- things that oil companies don’t typically fight for around the world,” Coons said.

If all nine Democrats on the 19-member committee vote against Tillerson, it would take the vote of just one of the panel’s 10 Republicans to block the Exxon chief’s nomination. Senators Marco Rubio and John McCain have already raised concerns.

ExxonMobil’s record on the environment will also be on the table. The company is facing at least three lawsuits on pollution and climate change. But Tillerson has said that climate change is real -- something Mr. Trump has denied.

“There’s no question climate is changing... that’s never been up for debate,” Tillerson said at the Economic Club of Washington in March 2015.

Another sticking point will be his plans to comply ‎with federal conflict of interest laws that require him to separate from his significant business interests, including well over $200 million of ExxonMobil stock.

He’ll now have to divest that, according to former White House Counsel Norman Eisen.

“Congress and the American people are going to need to judge: ‘Can we trust Mr. Tillerson not to have the appearance of a conflict?’” Eisen said.

Exxon’s board is meeting soon to plan how to unwind his financial stake. One thing for certain is that taking the job of secretary of state will come at some financial cost to Tillerson.