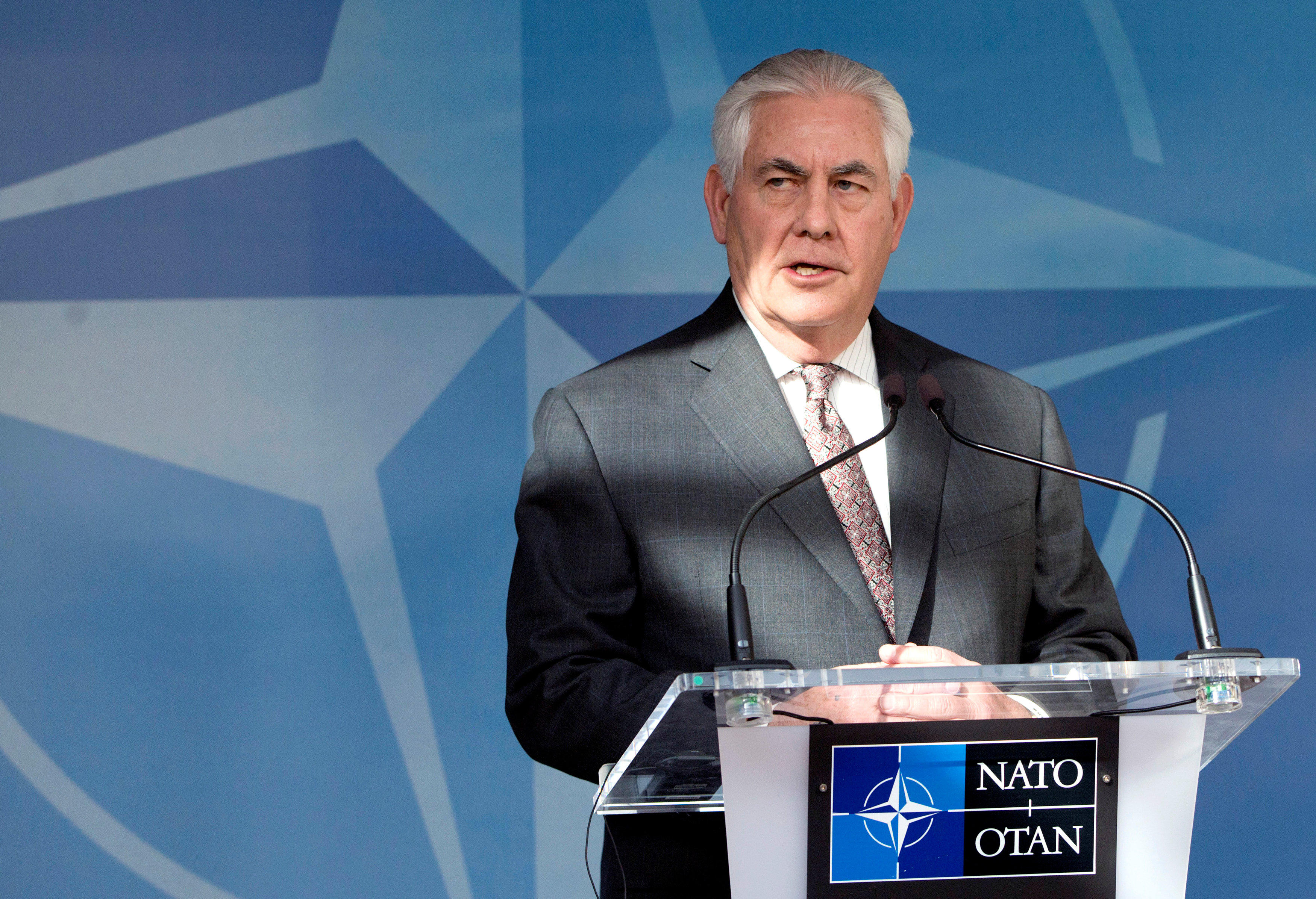 “Crimea-related sanctions must remain in place until Russia returns control of the peninsula to Ukraine. Even in the face of Russia’s aggression, Ukraine has accomplished a great deal domestically. We applaud recent reform successes, including anti-corruption efforts and pursuing necessary reforms to meet IMF conditionality,” Tillerson said at the NATO-Ukraine Commission meeting in Brussels.

In his remarks, Tillerson also said that Russia’s aggression against Ukraine in 2014 “shook the very foundations of security and stability in Europe.”

“Today, Russia’s ongoing hostility and occupation is compromising our shared vision of a Europe that is whole, free, and at peace,” he said.

His remarks were notable given President Trump’s remarks during the campaign that he would want to forge deals with Russia. During the transition, he and his aides also suggested his administration might relax U.S. sanctions imposed against Russia.

During the campaign last summer, Mr. Trump came under fire for not realizing in an interview that Russian President Vladimir Putin had already invaded Ukraine when it annexed Crimea in 2014. He also suggested that he might recognize Russia’s control of Crimea.