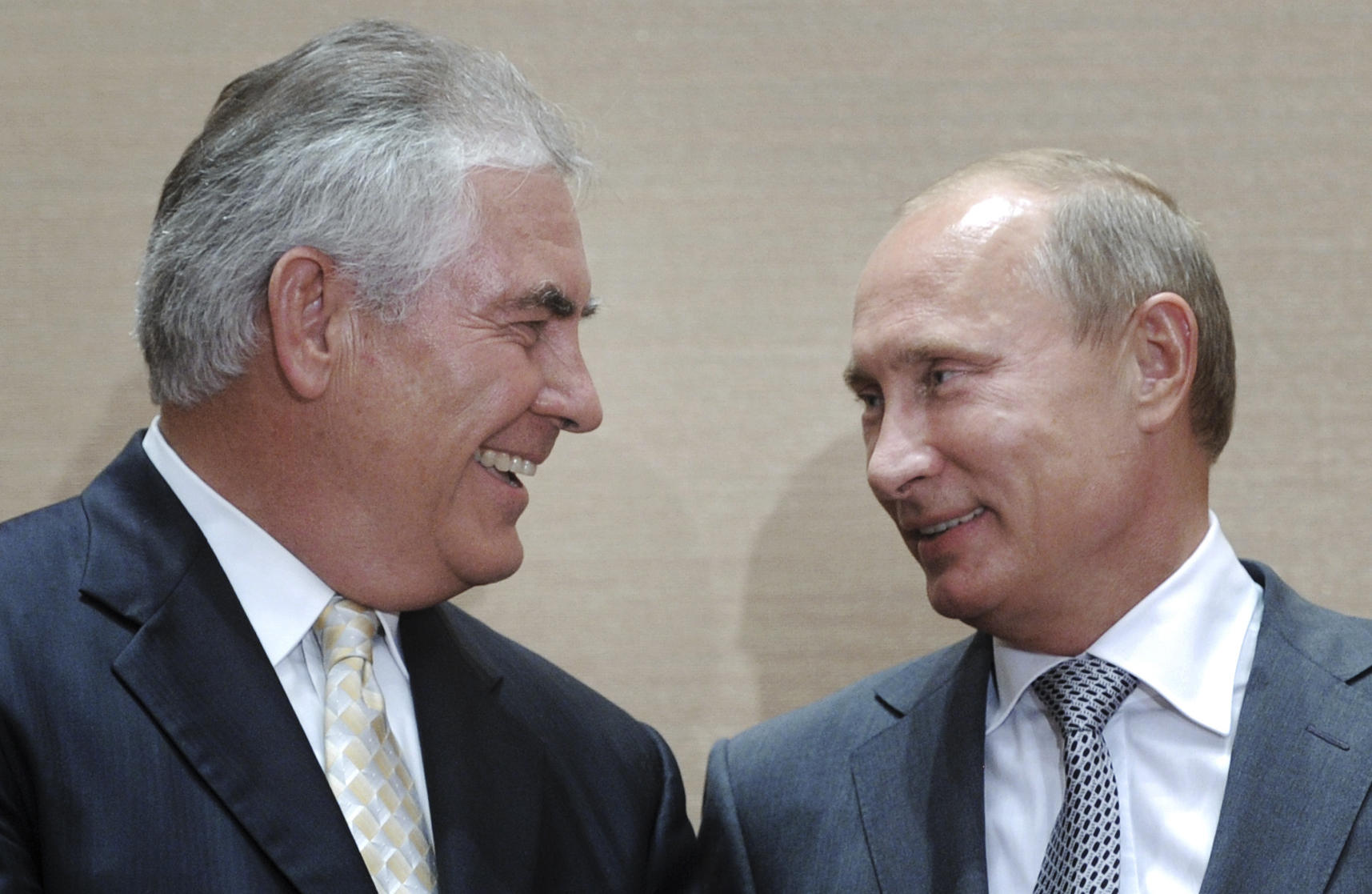 CBS News is taking a look at the ties between the Exxon tiger -- and the Russian bear.

Tillerson said earlier this year that their relationship was strictly business.

“I’m not here to represent the U.S. government’s interest, I am not here to defend it nor am I here to criticize it. That’s not what I do. I’m a businessman,” he said.

He strongly opposed U.S. financial sanctions on Russia, put in place after it invaded parts of Ukraine and carried out war crimes in Syria. If the sanctions were lifted, Exxon could resume certain energy projects in Russia.

“He’s much more than a business executive,” Donald Trump has said. “He’s a world-class player.”

Tillerson also has deep relationships in many of the nearly 60 foreign countries where Exxon Mobil operates. Those include strained allies like Saudi Arabia and Qatar and countries with questionable human rights records like Chad and Angola.

Unlike president-elect Trump, Tillerson is subject to federal conflict of interest laws and will have to shield himself from his significant business interests.

Tillerson currently owns well over $200 million of company stock -- and Exxon’s board is meeting soon to decide how to unwind his financial stake.

“You have such a huge portfolio, your decisions affect industries, a single statement, a speech or tweet can move an entire market, so you need to be very very conflict free,” said former ambassador and White House counsel Norman Eisen.

Since Tillerson’s name first surfaced as nominee for secretary of state, Exxon Mobil shares have gained around 6 percent. The question  in the State Department is whether he’ll approach high stakes foreign policy challenges as a dealmaker or a diplomat.