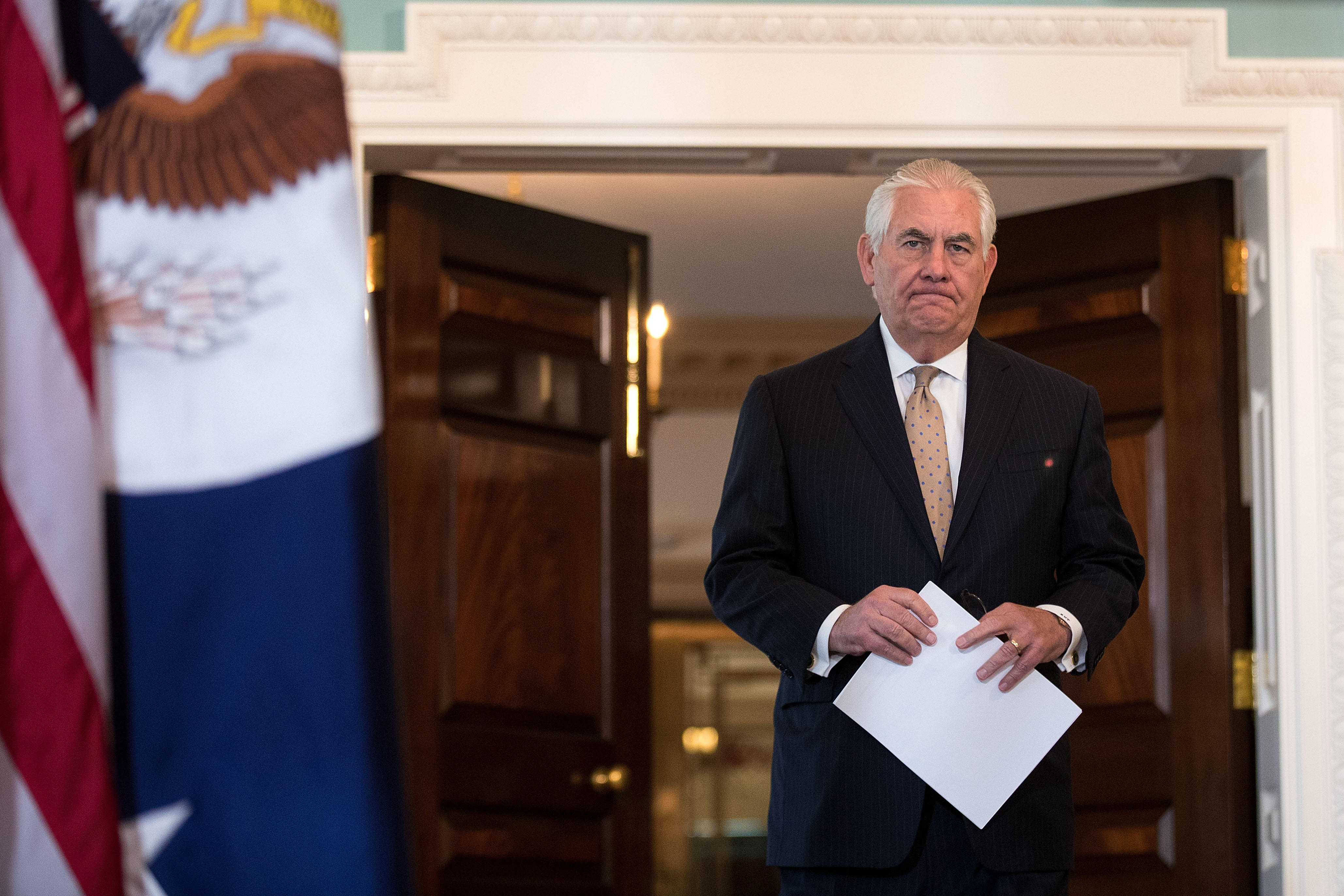 Secretary of State Rex Tillerson expressed his frustration with the pace of staffing at the State Department, after a "spirited exchange" at the White House Friday over personnel issues and the slow approval of candidates he has selected to work for him.

During a photo op with Togolese Foreign Minister Dussey, Tillerson told reporters he'd like to see a change. "I'd like it to go faster," he said.

According to a report by Politico, Tillerson excoriated the head of the presidential personnel office for rejecting nominees he has put forward for top State Department posts. White House Chief of Staff Reince Priebus and Trump son-in-law and senior adviser Jared Kushner were reportedly present for the meeting, and Kushner, according to Politico, told Tillerson's chief of staff that his outburst had been "completely unprofessional."

State Department spokesman R.C. Hammond confirmed that Tillerson had a "spirited exchange" during a "regular meeting" at the White House to evaluate State Department candidates for appointments. He also said that the selection of nominees did indeed get off to a slow start – "late in the game" -- after Tillerson took office, but he also said that the secretary began making selections in May that met the strategic needs of the department. Tillerson submitted those names to the White House in May.

The initial delay in processing nominees was, Hammond explained, a result of the fact that the the Trump administration took a few months to establish its foreign policy team, a process that had to be restarted on the day then-National Security Adviser Michael Flynn left the White House.

It is true, too, that some jobs are being left vacant because of the reorganization and budget cuts expected at the State Department.

However, for months, there has been frustration at the State Department that its nominees have been stuck at the White House office of personnel and not acted upon. Many sources have speculated that it's Priebus who is responsible for this backlog and is not clearing the way for the White House to greenlight the secretary's selections.

When he took the job, Tillerson was personally assured by Mr. Trump that he'd be able to choose his staff. It remains unclear whether or not that mandate was known or respected elsewhere in the West Wing. There are similar anecdotes about nominees for the Treasury Department and the Defense Department.

Another irritant may be the fact that Tillerson essentially shares the top diplomat role with Kushner, who is in several cases the direct contact for many foreign governments. On this question, Hammond downplayed any conflict and simply said that Kushner is "good at sharing information and communication, and when he does, it goes very well."