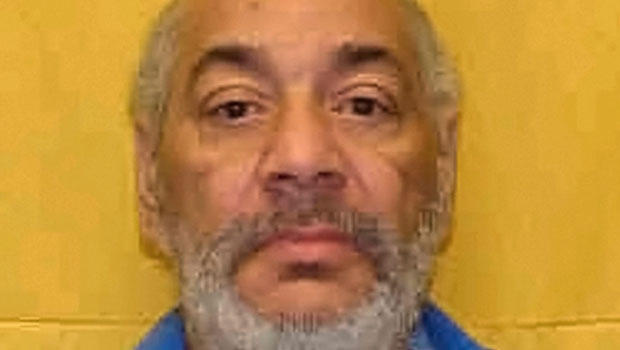 COLUMBUS, Ohio -- An Ohio inmate was strangled to death while riding in a corrections agency van with other prisoners and guards aboard, a prosecutor said Monday.

The van was leaving Columbus and headed back to the Ross County Correctional Institution in Chillicothe 50 miles away when the Wednesday afternoon slaying happened, said Ross County Prosecutor Matthew Schmidt. Guards can’t see inmates once they’re loaded into the van, he said.

Schmidt said the Johnson apparently was housed at the Ross County prison and had been taken to Columbus for medical treatment. He died sometime during the return trip, he said.

“When the bus arrived back in Ross County there was a dead inmate,” Schmidt said.

The Ohio prisons agency has launched an internal investigation after the incident. Prisons spokeswoman JoEllen Smith said Tuesday that a prison review team is looking both at the slaying and the agency’s inmate transportation policies.

While in the van, inmates are positioned in different sections of the van and secured with handcuffs and a chain around their stomach, but can move from seat to seat within those sections, Schmidt said.

It wasn’t clear how the slaying occurred if inmates were handcuffed.

The Ohio State Highway Patrol is investigating. The patrol released a bare-bones report Monday saying only that an inmate was a suspect in killing another inmate. The coroner’s office said it is investigating the death as a homicide.

The Department of Rehabilitation and Correction referred questions to the patrol.

It wasn’t clear why the suspect, who was convicted last month of killing an inmate at another Ohio prison in 2016, was in the van. The suspect was headed to the Southern Ohio Correctional Facility in Lucasville, a maximum security prison, where he is housed, Schmidt said.

At the time of the 2016 slaying, the suspect was serving a sentence of 30 years to life for another killing in 2009 in Ross County, according to the Warren County Prosecutor’s Office.