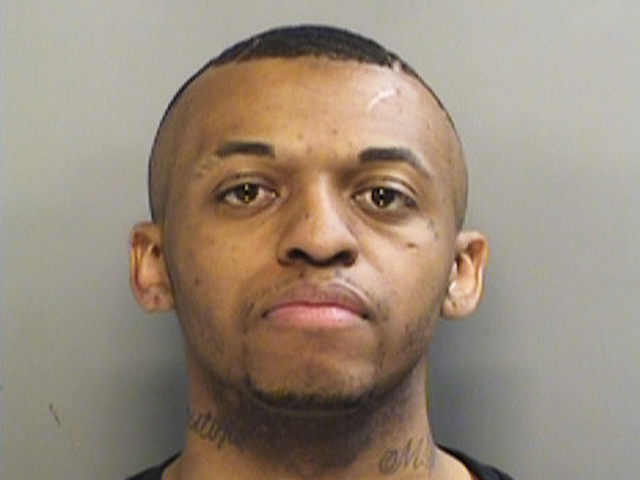 (AP) FORT WORTH, Texas - An already convicted felon was found guilty Monday in the suffocation death of a pastor during a robbery at a church in North Texas.

The jury in Fort Worth deliberated for little more than an hour before finding Steven Lawayne Nelson, 25, guilty of capital murder in the killing of the Rev. Clint Dobson at Arlington's NorthPointe Baptist Church in March 2011. Nelson also severely beat the church secretary before stealing her car and other items.

Nelson faces the death penalty or life in prison without parole. The trial's punishment phase was to start after lunch.

Nelson showed no reaction as the guilty verdict was read.

He has been forced to remain seated throughout the six-day trial when jurors are in the courtroom so they can't see that he is restrained with handcuffs and leg shackles, court officials say. Nelson has also been charged with striking a jailer and is a suspect in the hanging death of another inmate. Those are expected to be brought up during the punishment phase.

During closing arguments Monday morning, prosecutor Page Simpson said Nelson forced Dobson and his secretary, Judy Elliott, to tie each other up. Simpson called Nelson a "predator" who committed a terrible crime because he wanted to steal a car and the victims' credit cards.

Last week, Nelson denied killing the minister. He told the court that two friends went inside and committed the crime while he stayed outside. He said he only entered the church to steal a laptop.

"Why does he get everything if he did nothing?" Simpson asked jurors.

Defense attorneys said the church secretary told a doctor that two men assaulted her. They asked jurors to consider a lesser offense of aggravated robbery.

During deliberations, jurors asked to see a white belt Nelson was wearing when he was arrested. Some studs from the belt were found at the church, according to officers' testimony.