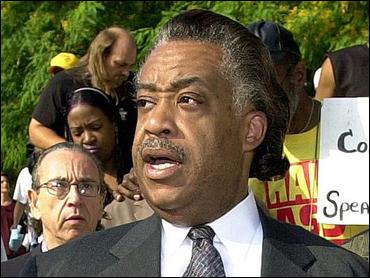 The Rev. Al Sharpton's run for the Democratic presidential nomination is in store for a major-league shot of national publicity.

Sharpton has been chosen to host "Saturday Night Live" on Dec. 6.

Lorne Michaels, the executive producer of NBC's late-night comedy show, told the New York Times that Sharpton was the only presidential hopeful to be considered for the program, at least so far.

He's been really funny, and I think he's been refreshing in the debates. He is, to say the least, theatrical," Michaels told the newspaper.

Sharpton, who is given no chance of winning the Democratic nomination, has joined a long list of politicians who have hosted or appeared on the show over the years.

Bob Costas is "Back on the Record"