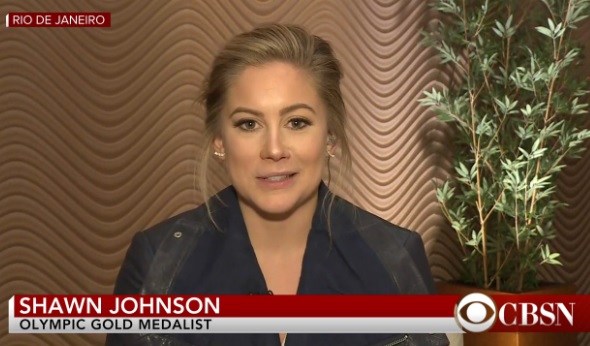 Retired United States gymnast Shawn Johnson spoke with CBSN on Wednesday, to discuss sexism at the Olympics, and in particular, at the Rio Games.

Johnson won a gold and three silver medals at the Beijing Olympics in 2008 for the U.S. women's gymnastics team.

The retired star gymnast said that she has noticed some sexism at the Rio Games.

"I have noticed comments here and there that are the frustrating ones...comments on looks instead of performance, and that's what is so frustrating for female athletes," she said.

Johnson said she has experienced sexism in gymnastics.

"People would always comment on my looks," she said. "It was frustrating as an athlete. I wanted them to critique my performance, not my looks."

But she said she sees harsher comments today about athletes, than she did when she was a gymnast.

"Everyone can hide behind a screen these days," she said.

To see her full interview, watch the video above.