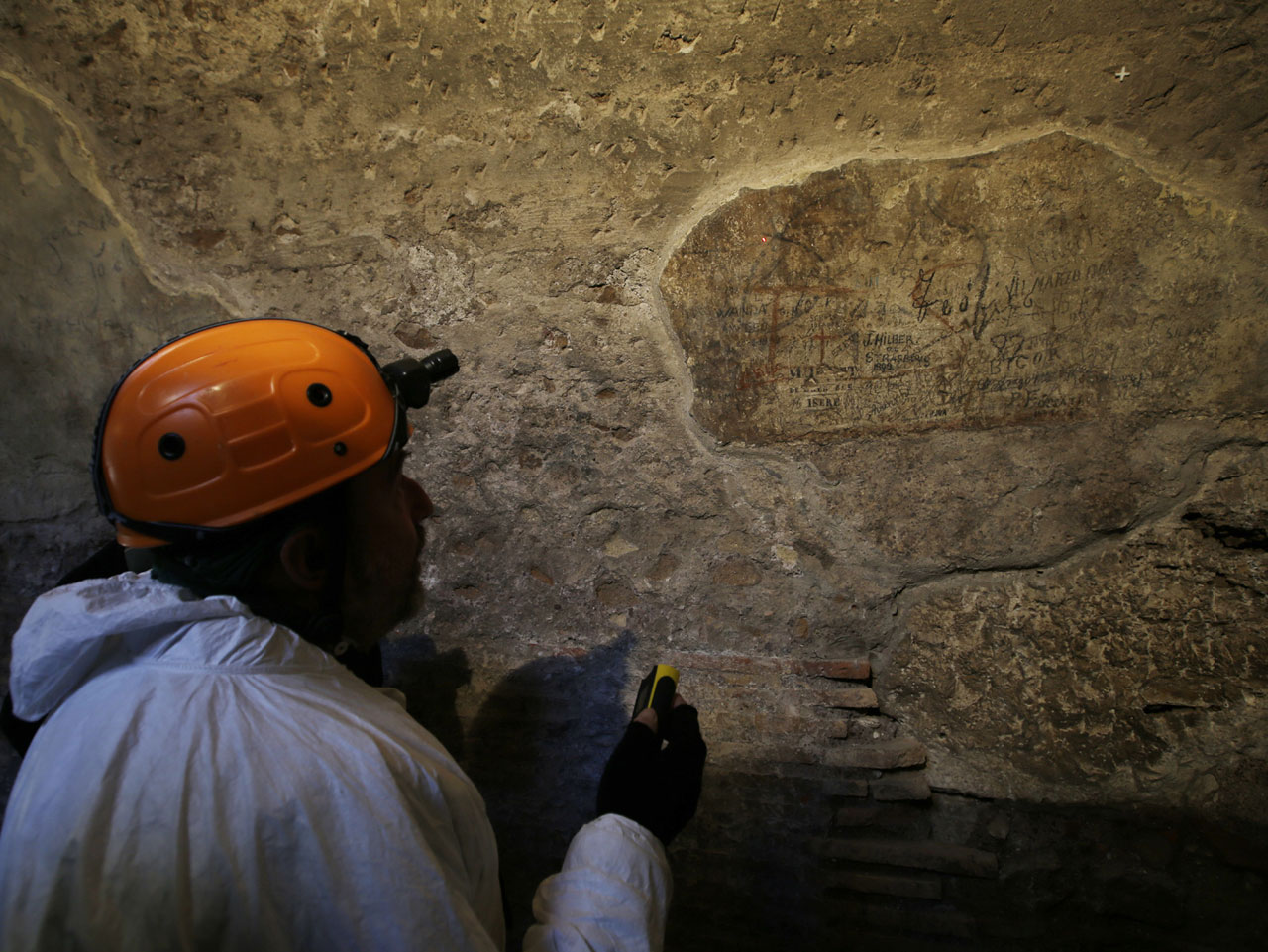 ROME A long-delayed restoration of the Colosseum's only intact internal passageway has yielded ancient traces of red, black, green and blue frescoes -- as well as graffiti and drawings of phallic symbols -- indicating that the arena where gladiators fought was far more colorful than previously thought.

Officials unveiled the discoveries Friday and said the passageway -- between the second and third levels of the 1st Century Colosseum -- would open to the public starting this summer, $100,000 restoration is completed.

The frescoes were hidden under decades of calcified rock and grime, and were revealed during a cleaning and restoration project over the last two months. The traces confirmed that while the Colosseum today is a fairly monochrome gray travertine rock, red brick and moss-covered marble, in its day its interior halls were a rich and expensive Technicolor.

While intriguing, none of the fragments restored so far rival the gorgeous frescoes found in other nearby ruins of the Roman Forum, such as the 6th century biblical scenes in the Santa Maria Antiqua church. But officials stressed that they are nevertheless remarkable because they give a very different impression of what the Colosseum must have looked like in its heyday.

Colosseum director Rosella Rea said less than 1 percent of the painted surfaces of the Colosseum remain. And while the exposed seating area was covered in white marble, "the insides, the galleries, all the corridors and transverse hallways were completely colored."

"We need to imagine a building with extreme contrasts of color," she said. "This was a surprise."

Many of the splashes of color are covered with layers of more recent graffiti. "Ricciu" signed his name there with the date 1943. "Maria" and "Filippo" did as well. Someone else left some drawings in 1620.

But there are also older types of graffiti as well that officials say may date from the 3rd century, after the Colosseum was restored following a fire in A.D. 217.

A red palm frond and a drawing of a crown are believed to have been drawn by a gladiator fan as he or she passed through the passageway, officials said. Another restored section has images of a phallus, which officials said was commonly drawn for good luck.