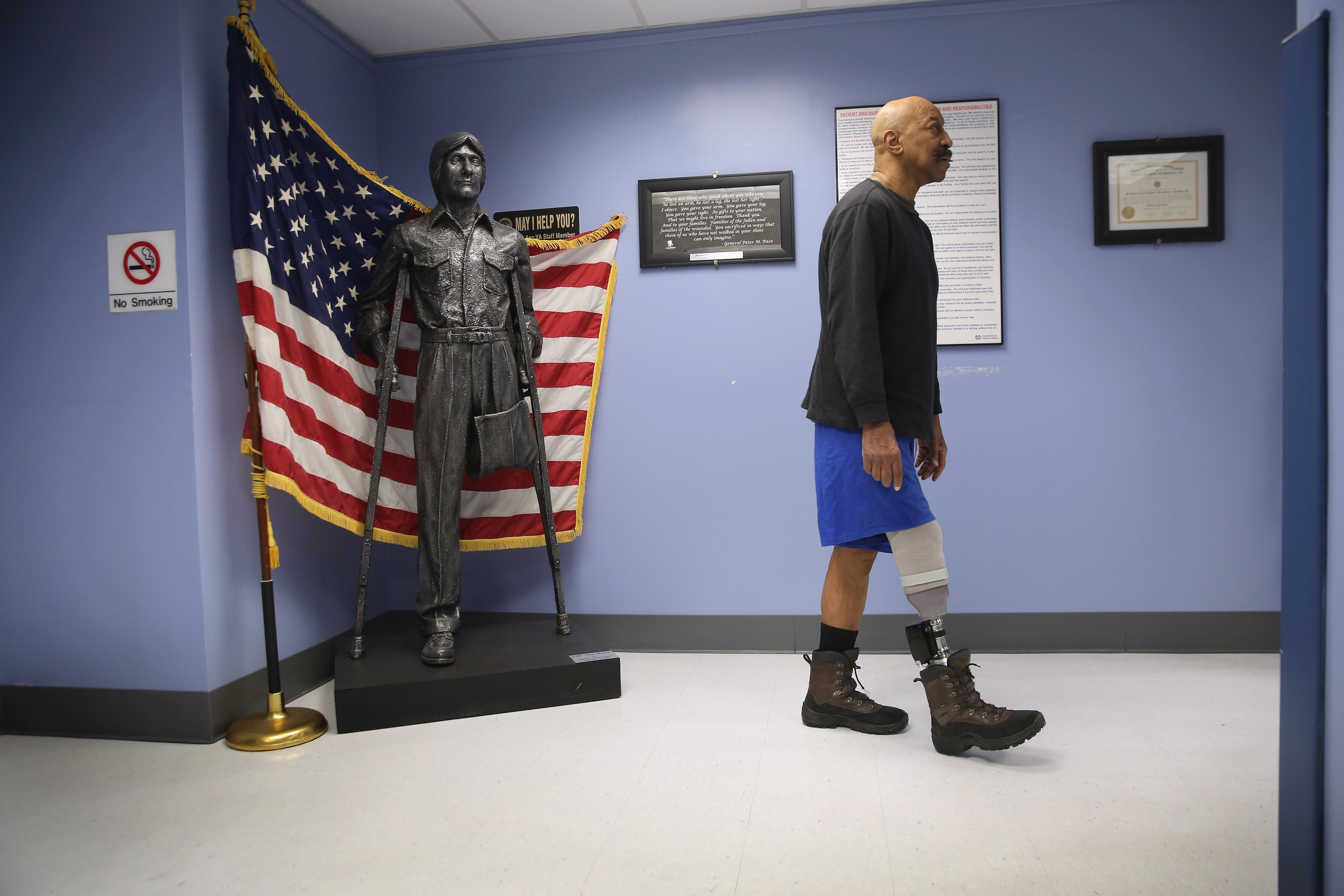 Citing a backlog of disability claims that leaves many disabled veterans waiting months to receive their benefits, Rep. Jackie Walorski, R-Ind., slammed the Department of Veterans Affairs for mismanagement Saturday, saying the VA has "become the epitome of bureaucracy run amok."

She called on the president and Democrats in Congress to support a bill she said would give the VA secretary "the authority he needs to fix things."

"I hear daily from Hoosier veterans who are forced to wait months on end for their disability claims to be processed. Unfortunately, this is typical. Around the country right now, average wait times are nearly 330 days. Even worse, this backlog has been associated with the deaths of thousands of patients waiting for their paperwork to clear," Walorski said in the weekly Republican address. "These men and women fought for our country. They shouldn't have to fight for their own benefits."

In 2013, according to an annual report from the VA, it took an average of 378 days for the department to process a claim to completion, a number that has increased sharply since President Obama took office in 2009. A claim is considered backlogged if it has been pending for longer than 125 days.

The VA attributed the increase to a new focus on processing claims that have been pending for one or two years, saying the continued emphasis on processing older claims "will improve future performance."

Walorski blamed the problem on a lack of "accountability," noting examples of negligence and misconduct that resulted in "pats on the back and slaps on the wrist" for VA officials involved.

Her proposed solution, the "VA Management Accountability Act," is currently moving through the House Veterans Affairs Committee, and it's picked up the support of House Speaker John Boehner, R-Ohio.

The bill, according to Walorski, would allow the department "to clear out those who helped make this mess and bring in people who will clean it up."

VA Secretary Eric Shinseki has promised to eliminate the backlog of disability claims by 2015, and the department has said it is on track to meet that goal.

Mr. Obama has also vowed to make eliminating the backlog a top priority. In August, during a speech before the Disabled American Veterans convention in Orlando, Fla., he noted, "Finally, the backlog is shrinking - in the last five months alone, it's down nearly 20 percent."

"We're not where we need to be," he said, "but we are making progress."

In the White House's weekly address, Vice President Joe Biden stepped in for the president, who departed for Washington Saturday from Saudi Arabia, the final leg of a foreign trip.

Though the messenger was different, the message was familiar: A call for Congress to raise the minimum wage.

"There's no reason in the world why an American working 40 hours a week has to live in poverty," said Biden, breaking down exactly how a minimum wage hike would benefit the bottom line of working families. "Right now a worker earning the federal minimum wage makes about $14,500 a year. And you all know that's incredibly hard for an individual to live on, let alone raise a family on. But if we raise the minimum wage to $10.10 an hour, that same worker will be making $20,200 a year - and with existing tax credits would earn enough to bring that family or a family of four out of poverty."

Beyond providing millions with an immediate raise, Biden said, hiking the minimum wage would also benefit businesses and the economy as a whole.

"So ask your representatives who oppose raising the federal minimum wage - why do they oppose it?" he said. "How can we look at the men and women providing basic services to us all, like cleaning our offices, caring for our children, serving in our restaurants and so many other areas. How can we say they don't deserve enough pay to take them out of poverty?"