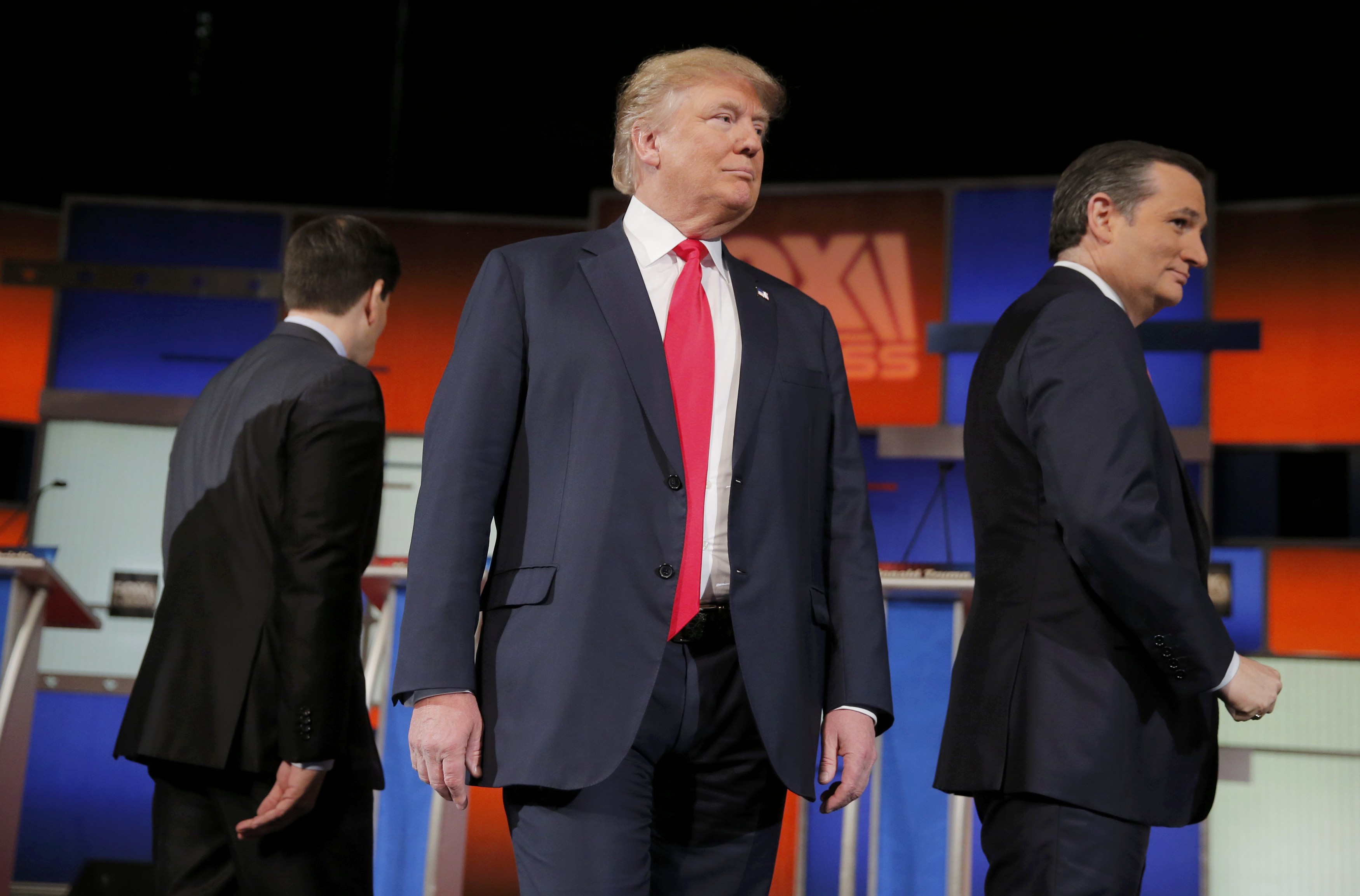 In Thursday night's Republican debate, front runner Donald Trump warned against letting Syrian refugees into the United States, arguing that the refugee process could be a "Trojan horse" for terrorists.

Trump said he "looked at the migration" and asked himself, "Where are the women?" Instead, he said he saw "very strong, powerful men, young," coming into the United States.

"People are looking that and saying, 'What's going on?'" he said.