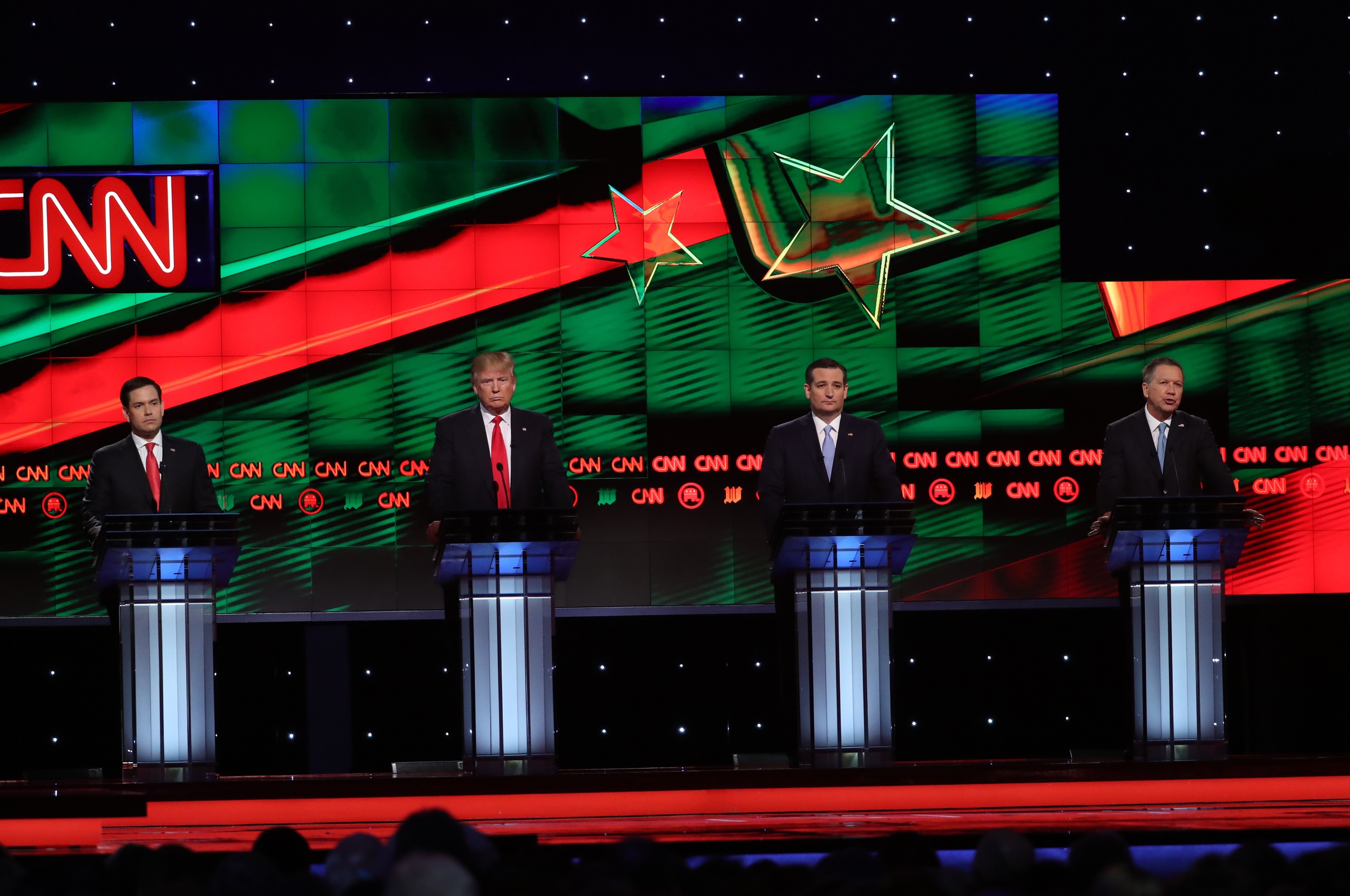 With Thursday night's GOP debate set in Miami, where concerns about rising sea levels and the effects of climate change are more acute than in many parts of the country, moderator Jake Tapper asked the Republican candidates to outline their position on climate change. The question came from Miami Mayor Tomás Pedro Regalado.

Here's what Florida Sen. Marco Rubio and Ohio Gov. John Kasich said when they were asked about the issue--and how businessman Donald Trump and Texas Sen. Ted Cruz feel about it:

Marco Rubio: At Thursday's debate, Rubio said the climate is changing but that it is "always changing," taking the position that humans do not affect climate change.

"There's never been a time when the climate has not changed. I think the fundamental question for a policy maker is, is the climate changing because of something we are doing and if so, is there a law you can pass to fix it?" he said. "So on the issue of flooding in Miami, it's caused by two things. Number one, south Florida is largely built on land that was once a swamp.

"And number two, because if there is higher sea levels or whatever it may be happening, we do need to deal with that through mitigation. And I have long supported mitigation efforts. But as far as a law that we can pass in Washington to change the weather, there's no such thing."

John Kasich: The Ohio governor is alone among his GOP opponents in saying he believes humans contribute to the changing climate. He stressed the importance of developing renewable energy and alternate energy sources to reduce carbon emissions.

"I do believe we contribute to climate change, but I don't think it has to be a -- you know, either you're for some environmental stringent rules or -- you know, you're not going to have any jobs. The fact is, you can have both," he said. "In our state, we've reduced emissions by 30 percent. But let me tell you also what we're trying to do. We want all the sources of energy. We want to dig coal, but we want to clean it when we burn it. We believe in natural gas. We believe in nuclear power."

Ted Cruz: The Texas senator has repeatedly denied the existence of climate change altogether. At an event sponsored by the billionaire brothers Charles and David Koch last summer, Cruz said it "ain't happening."

"If you look to the satellite data in the last 18 years there has been zero recorded warming," he said. "Now the global warming alarmists, that's a problem for their theories. Their computer models show massive warming the satellite says it ain't happening. We've discovered that NOAA, the federal government agencies are cooking the books."