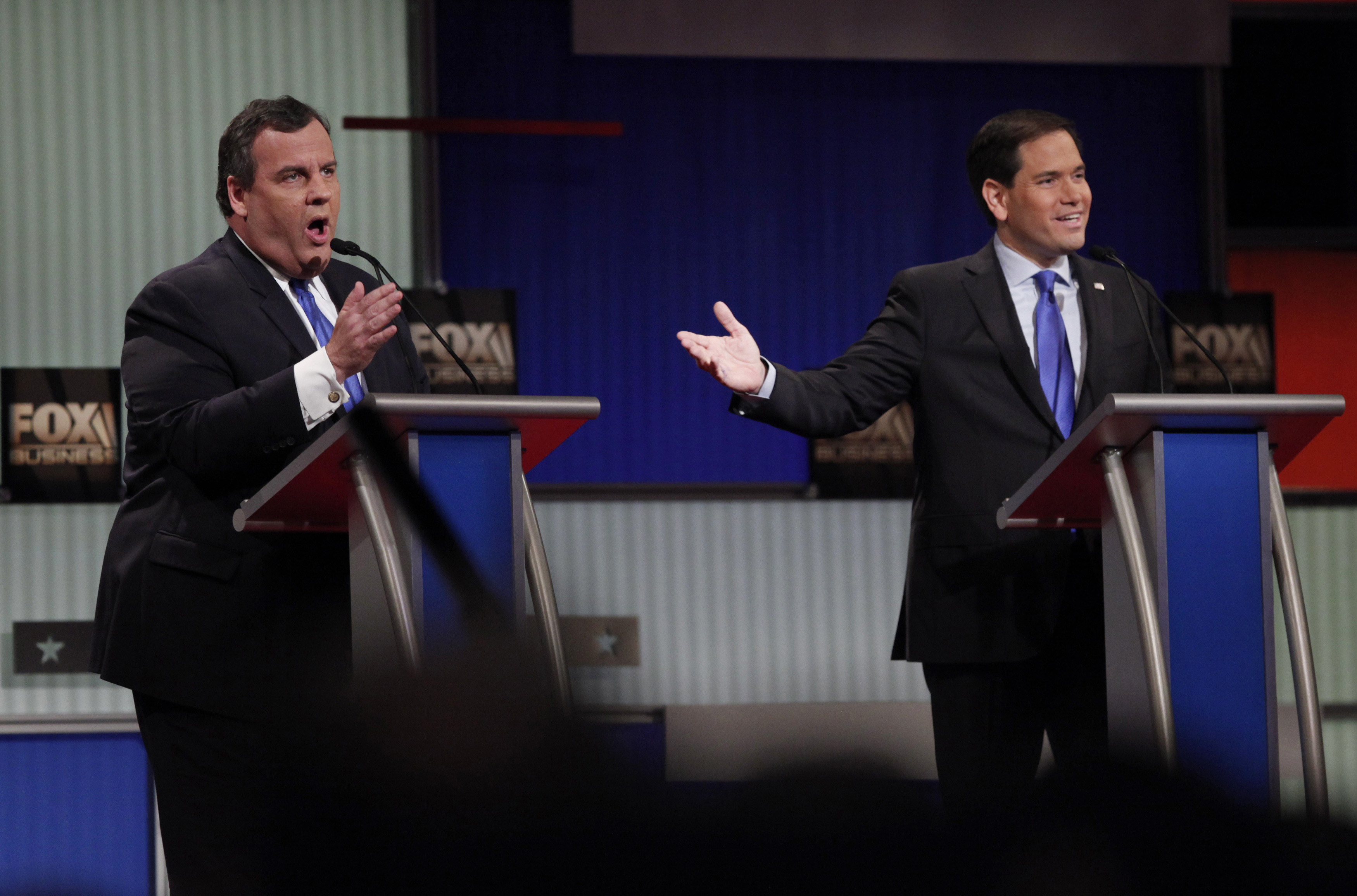 Florida Sen. Marco Rubio called out his rival for propping up Common Core, the reading and math standards implemented in 42 states, plus the District of Columbia, and widely reviled by conservatives as acts of federal overreach.

"I like Chris Christie, but we can not afford to have a president of the United States that supports Common Core," Rubio said on the main stage.

Christie refuted that: "Common Core has been eliminated in New Jersey."

But Christie, who once supported the education standards, has flipped on the issue since last year.

In May, the governor asked New Jersey's department of education to review the implementation of Common Core in the state's school system.

But according to NJ.com, earlier this week, the panel charged with reviewing the standards recommended that 84 percent of them remain in place, with slight revisions to the rest. Common Core, the news site reported, does "still have a place in New Jersey classrooms."

Christie denied that he ever did so, a claim he has repeated on CBS' "Face the Nation."

But in 2009, the New Jersey Republican wrote in a statement: "After watching and listening to Judge Sotomayor's performance at the confirmation hearings this week, I am confident that she is qualified for the position of Associate Justice of the U.S. Supreme Court."

Christie's own past statements, however, confirm Rubio's charge.

In a 1994 article by the New Jersey Star-Ledger, Christie, who was running for a seat in the Morris County legislature at the time, said he gave privately to the women's health organization.

"I support Planned Parenthood privately with my personal contribution and that should be the goal of any such agency, to find private donations," Christie said. "It's also no secret that I am pro-choice."