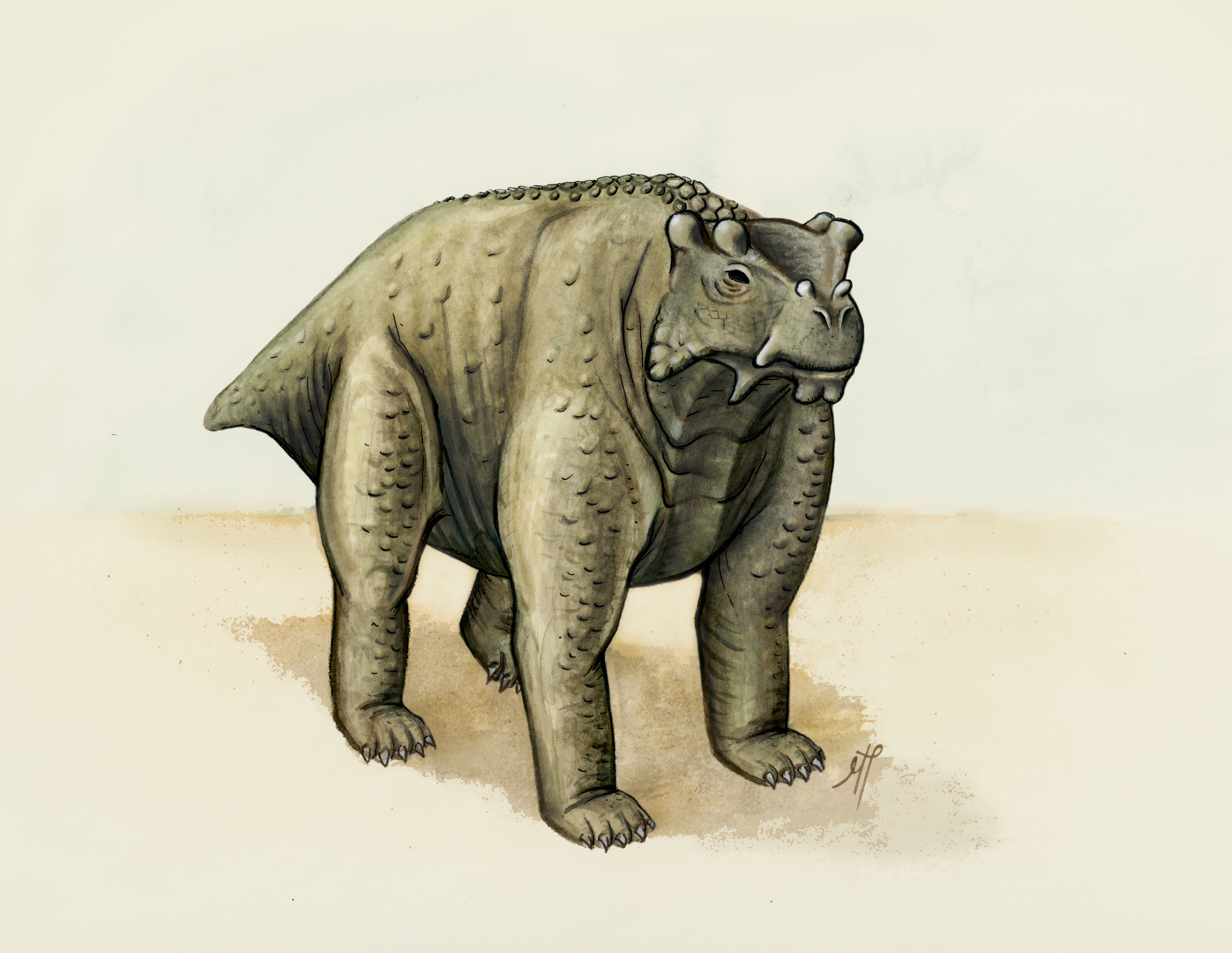 Some 260 million years ago, the thinking went that most creatures were scampering around like lizards on the ancient supercontinent known as Pangea.

But a new study in the Journal of Vertebrate Paleontology found that one of them, the pre-reptile pareiasaurs Bunostegos akokanensis, walked upright on all fours like a cow or a hippo. That would make it the oldest known creature to have done this.

"A lot of the animals that lived around the time had a similar upright or semi-upright hind limb posture," Brown University's Morgan Turner, a co-author on the study, said. "But what's interesting and special about Bunostegos is the forelimb, in that its anatomy is sprawling-precluding and seemingly directed underneath its body -- unlike anything else at the time."

"Sprawling" posture describes the way lizards' legs come out of their bodies -- horizontally in the upper part of the limb, and vertically from the joint down to the ground.

But in Bunostegos, Turner said, "The elements and features within the forelimb bones won't allow a sprawling posture. That is unique."

The findings allowed Turner and her co-authors to characterize how Bunostegos might have looked, standing like a cow and about the same size.

"Imagine a cow-sized, plant-eating reptile with a knobby skull and bony armor down its back," said co-author Linda Tsuji of the Royal Ontario Museum, who discovered the fossils in Niger with University of Washington's Christian Sidor and a team of paleontologists in 2003 and 2006.

To make her case, Turner examined four individuals and found several unique characteristics about Bunostegos that convinced her that its legs were entirely beneath its body.

The first was the shoulder joint. It is facing down such that the humerus would be vertically oriented underneath. It would restrict the humerus from sticking out to the side. Second, the humerus is not twisted like those lizard-like creatures that sprawled, rather than walked upright.

Then there is the elbow joint. Unlike in other sprawling pareiasaurs, which had considerable mobility at the elbow, the movement of Bunostegos's elbow is more limited. It would only swing in a back and forth direction like a human knee, she said.

While the study pushes back the clock on when the upright posture shows up in evolution, Turner said she would not be surprised if other animals at the time exhibited similar traits.

"Posture, from sprawling to upright, is not black or white, but instead is a gradient of forms," Turner said. "There are many complexities about the evolution of posture and locomotion we are working to better understand every day. The anatomy of Bunostegos is unexpected, illuminating, and tells us we still have much to learn."

So why was Bunostegos walking around when everyone else was slithering about?

Turner said part of the reason was that this pre-reptile was an outlier in its choice of habitat and that walking might have been a way to adapt to the harsh environment at the time.

Back then, Niger was an arid place where plants and water sources might well have been hard to find. Scientists have associated walking upright on all fours with a more energy-efficient posture than sprawling. For the long journeys between meals, Turner said, the upright posture might have been necessary for survival.