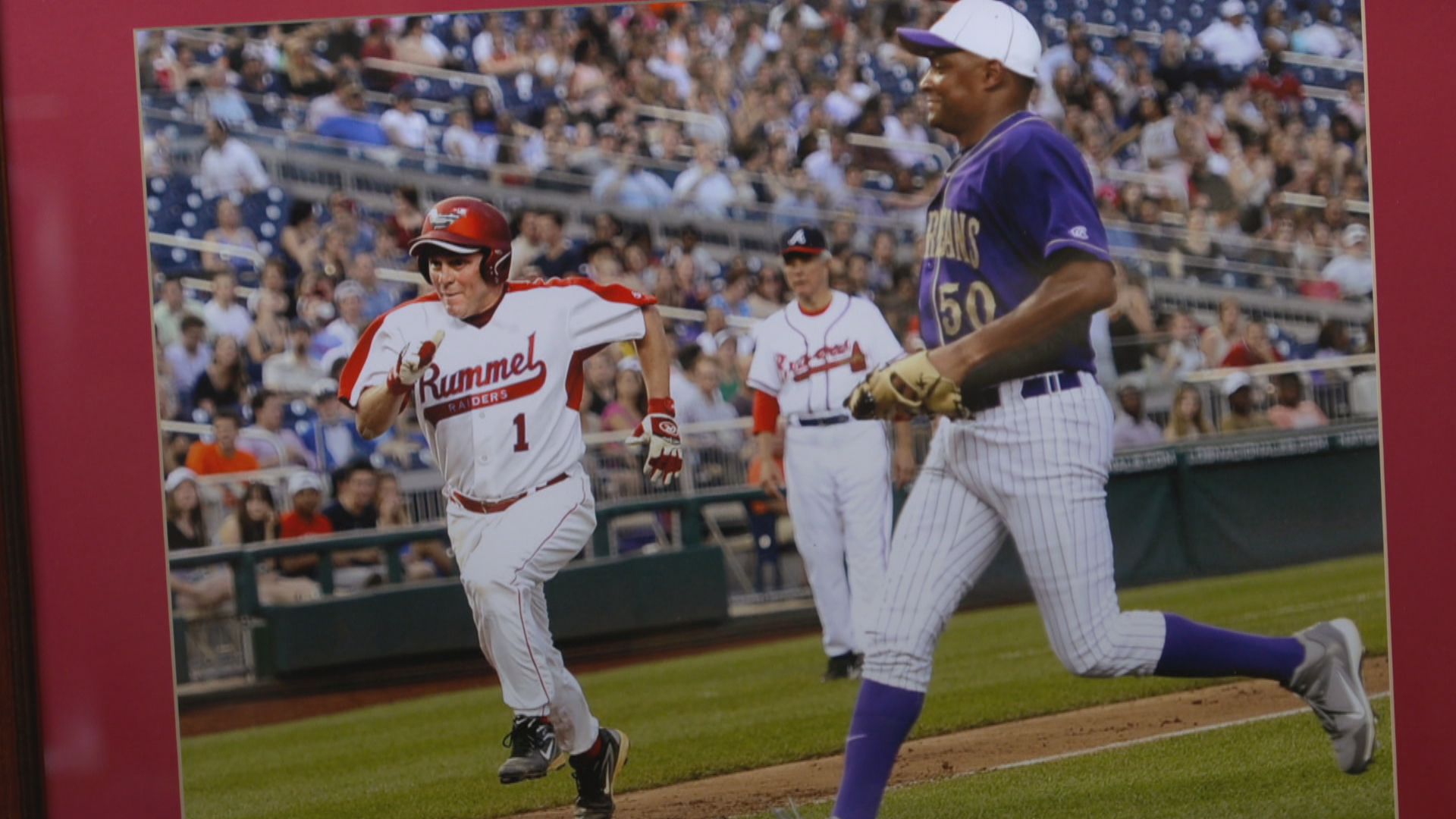 Asked about a picture of him stealing home at the annual congressional baseball game in 2014, House Majority Whip Steve Scalise, R-Louisiana, bragged to longtime friend Rep. Cedric Richmond, D-Louisiana, that "this picture says a thousand words."

Richmond, who threw a wild pitch that allowed Scalise to steal a run, had a different interpretation of the picture.

"My mother taught me when I was a kid that when you're beating another teen really bad, you do acts of kindness and gestures of friendship. So this is a gesture of friendship," Richmond told "Face the Nation" moderator Margaret Brennan in a joint interview with Scalise to air Sunday.

For the two congressmen, who've shared a unique bipartisan relationship since their days across the aisle in the Louisiana State Legislature, the annual baseball game between congressional Democrats and Republicans has long served as a chance to earn bragging rights.

During last year's game, Scalise was in critical condition after a gunman opened fire at a GOP practice just 36 hours prior. On Thursday, Scalise made the first out of the game before exiting one batter later. Richmond and Rep. Brad Wenstrup, R-Ohio, helped carry Scalise to the dugout.

Looking at the photo of Scalise stealing home in the lead-up to Thursday's contest, though, the pair's rivalry remained strong. "This started the comeback, by the way," Scalise said of his slide, though the Republicans lost that year by a wide margin.

The last time the pair had both played, the Republicans earned their first and only victory in the past ten outings. Scalise attributed the Democrats' victory last year to his absence: "Last year I didn't play in the game, he won. This year we're going to prove what's really going on."

But this year, Democrats got the best of Republicans again, winning 21-5.

Asked whether they placed bets on the game, the pair said no, but something more was on the line.

"The one who wins the Congressional game every year," Richmond replied.

More of Margaret Brennan's interview with Reps. Steve Scalise and Cedric Richmond will air Sunday on "Face the Nation."