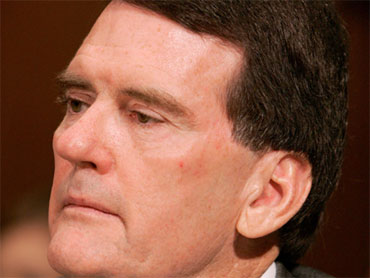 Appointed by President George H.W. Bush in 1991, Federal Judge John McCarthy Roll was shot and killed today when an assailant opened fire in a Safeway parking lot in Ariz., where Rep. Gabrielle Giffords, D-Ariz. was meeting with constituents.

Just two years ago, he was targeted with death threats -- and given a security detail -- after ruling that a group of illegal immigrants could go forward with a multi-million dollar civil rights lawsuit against a state rancher, reports CBS News chief legal correspondent Jan Crawford..

The Arizona Republic reported in July 2009 that Roll once logged more than 200 callers in one afternoon after the ruling that yielded death threats against the judge and his family.

A security protection detail provided by the Marshals Service followed Roll and his wife for about a month.

"It was unnerving and invasive. . . . By its nature it has to be," Roll told The Arizona Republic, adding that they were encouraged to live their lives as normally as possible. "It was handled very professionally by the Marshals Service."

Roll told the newspaper that four key men had been identified as threat makers, but that the Marshals Service had advised against him pressing charges. Roll followed the advice.

In a statement today from the U.S. Supreme Court, Chief Justice Roberts said, "The violence in Arizona today has senselessly taken five lives and inflicted tragic loss on dedicated public servants and their families.

"We in the judiciary have suffered the terrible loss of one of our own. Chief Judge John Roll was a wise jurist who selflessly served Arizona and the nation with great distinction, as attorney and judge, for more than 35 years. I express my deepest condolences to his wife Maureen and his children, as well as the other victims and their families.

"Chief Judge Roll's death is a somber reminder of the importance of the rule of law and the sacrifices of those who work to secure it."