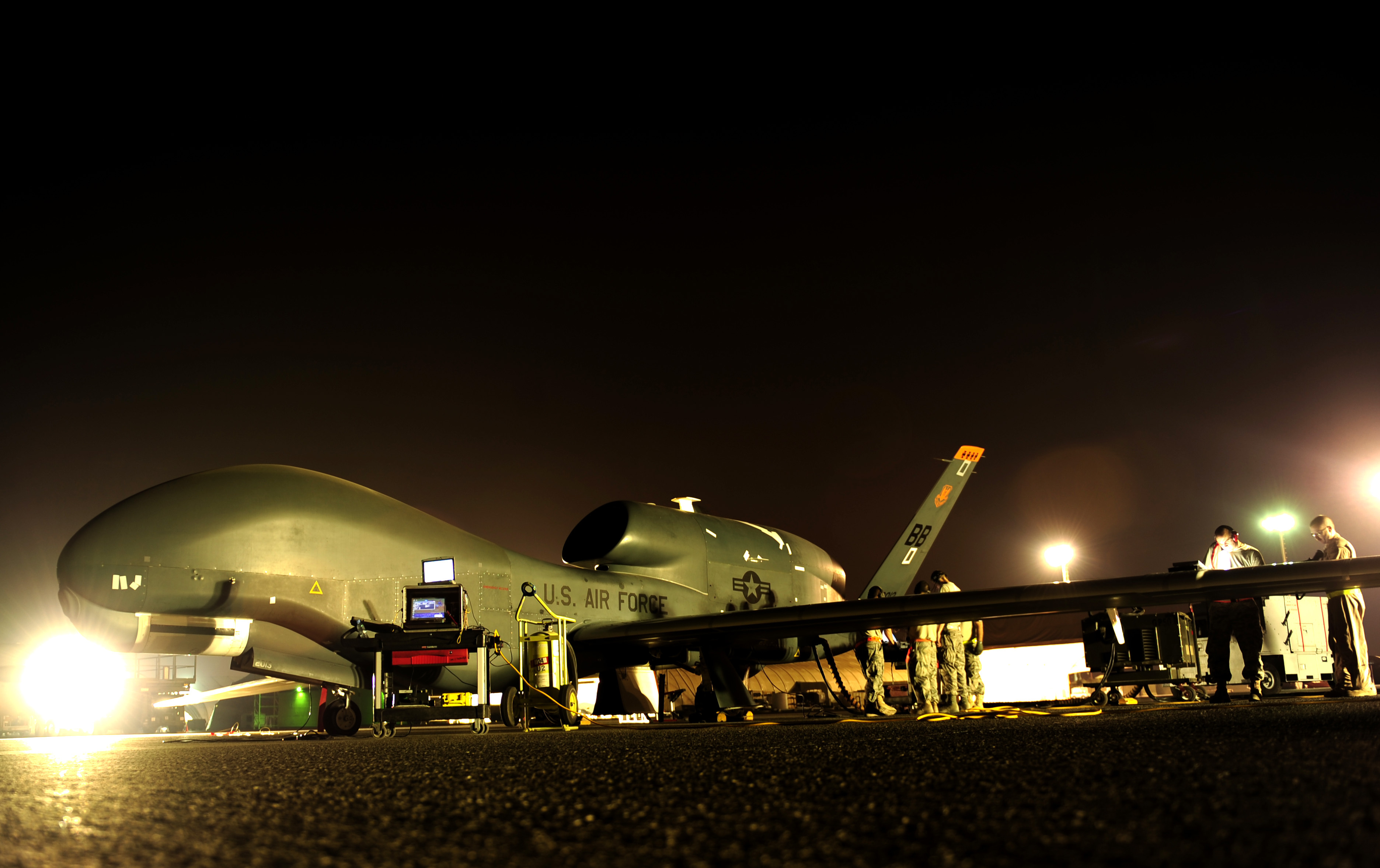 Drones have become the favorite weapon system of the Obama administration, currently in use in several countries around the world by both intelligence services and the military. Be it for spying or killing, drones keep pilots safe thousands of miles away as they spend sometimes days in the air. Now imagine if drones could spend months in the air.

Just as nuclear energy is used to keep submarines and ships at sea for months on end, plans have been drawn up to give drones a similar capability in the skies, the Guardian reports. Sandia National Laboratories and Northrup Grumman developed blueprints that would not just give drones an incredible extended range, but also more power for onboard surveillance, communications, and weapons.

Despite years of development, the project has been shelved for now, according to Wired's Danger Room blog.

"The lab gave up on nuclear drones due to political pressures, perceived or otherwise," wrote author Sam Biddle, adding that the development of plans cost the taxpayers nothing.

There are many reasons why plans for nuclear drones may have been shelved, not the least of which being the tendency for drones to crash under a multitude of circumstances, Wired reports.

As far back as 1986, Northrup Grumman has been exploring nuclear reacter-equipped drones, the Guardian reports.

Despite shelving the project, the authors of the report (PDF) on the effort to draw up plans on a nuclear drone between the two companies said their effort bore some fruit.

The report states: "Industry now understands the technical, safety, and political issues surrounding implementation of these strategies. Industry now knows how significantly aerial operations can be improved by using these propulsion and power approaches even though current political conditions will not allow use of the results."