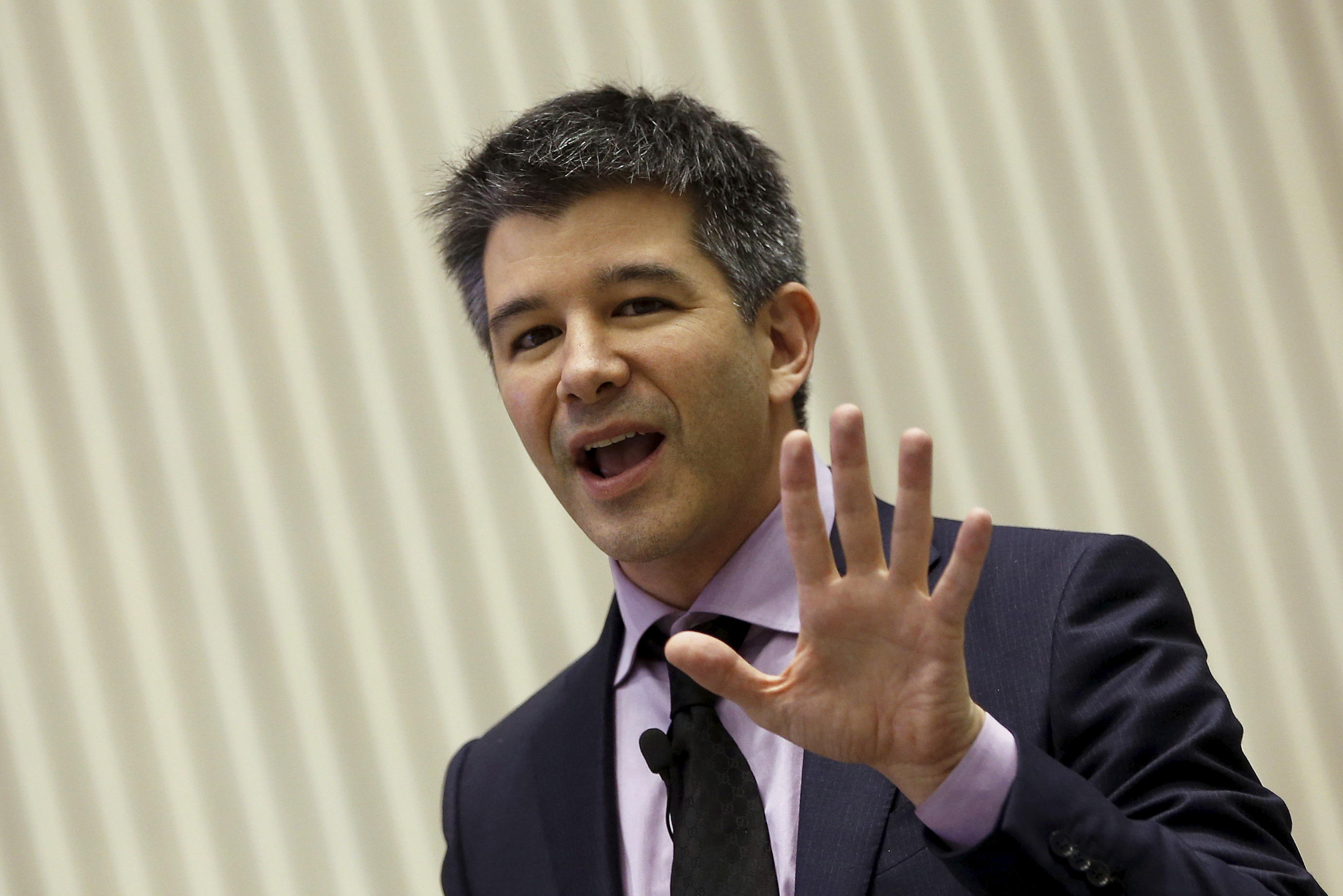 The news was first reported by The New York Times.

The newspaper says he stepped down "after a shareholder revolt made it untenable for him to stay on at the company. Mr. Kalanick's exit came under pressure after hours of drama involving Uber's investors, according to two people with knowledge of the situation, who asked to remain anonymous because the details are confidential. Earlier on Tuesday, five of Uber's major investors demanded that the chief executive resign immediately."

Kalanick will stay on Uber's board of directors, the Times adds.

In a statement to the Times, Kalanick said, "I love Uber more than anything in the world and at this difficult moment in my personal life I have accepted the investors request to step aside so that Uber can go back to building rather than be distracted with another fight."

Kalanick recently lost his mother, who died in a boat accident in late May that also left Kalanick's father badly injured.

In a statement to CBS News early Wednesday, Uber's board said, "Travis has always put Uber first. This is a bold decision and a sign of his devotion and love for Uber. By stepping away, he's taking the time to heal from his personal tragedy while giving the company room to fully embrace this new chapter in Uber's history. We look forward to continuing to serve with him on the board."

Just last week, Kalanick took a leave of absence for an unspecified amount of time.

He told staffers of the fast-growing ride-hail giant about his move in a company-wide memo.

"[I]f we are going to work on Uber 2.0, I also need to work on Travis 2.0 to become the leader that this company needs and that you deserve," he stated in the memo.

His announcement came on the same day the law firm Covington & Burling released a series of recommendations on changing the corporate culture at Uber which, with a roughly $70 billion market value, is considered the world's most valuable startup company.

The report stemmed from a blog post in February by Susan Fowler, who described experiencing sexual harassment and being stonewalled by Uber's human resources department while she was an engineer at the company.

Among the report's 47 recommendations: curbing drug and alcohol use, instituting mandatory leadership training and human resources training for senior managers, explicitly prohibiting romantic relationships between an employee and a boss, and giving some of the CEO's responsibilities to others.

Some Uber board members presented conclusions from the Covington & Burling report, whose lead author is former U.S. Attorney General Eric Holder, at a company-wide meeting. The report didn't address individual claims of harassment. But Uber's human resources chief credited Fowler with driving this change at the meeting, according to an account.