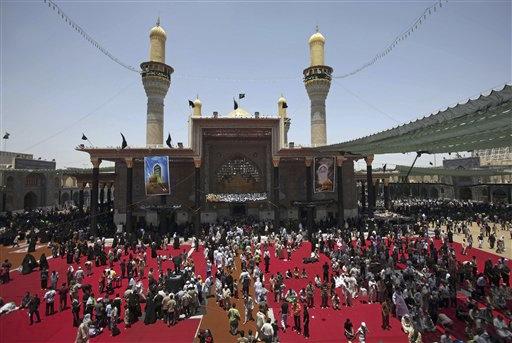 However, the department's inspector general said there was no evidence of legal or ethical violations.

The department paid $240,000 to Williams, a commentator with newspaper, television and radio audiences, to promote President Bush's "No Child Left Behind" law. The deal was part of a $1.3 million contract the department had with Ketchum, a public relations firm.

Williams, who is black, was hired to conduct "minority outreach" about Mr. Bush's law by producing ads with then-Education Secretary Rod Paige. Records show Williams was also hired to provide media time to Paige and to persuade other blacks in the media to talk about the law.

"We did find that department officials made some poor management decisions and exercised poor judgment and oversight," the inspector general said. "As a result, the department paid for work that most likely did not reach its intended audience and paid for deliverables that were never received."

Responding to the report, Education Secretary Margaret Spellings referred to the influence of department leaders.

"When the secretary, his/her chief of staff and other senior officers urge, hint, suggest or recommend anything, it can start a chain reaction within the building to carry out the request, such as what occurred beginning in March 2003," she said. "As a result, it is the secretary who must be careful about and is ultimately responsible for the signals that his/her office sends."

Both Paige and Spellings were appointed by Mr. Bush.

Putting a pundit on the payroll has proven embarrassing for the Bush administration, which has also been criticized for distributing "news" videos that don't make clear they were government produced.

Mr. Bush has said the hiring of Williams was wrong, and that videos made for TV broadcast should disclose their source to avoid being "deceptive to the American people."

Paige, in his final days as secretary, defended the contract as legal but apologized for "perceptions and allegations of ethical lapses." He called for a fast inspector general's review so the matter would not burden his successor, Spellings, or "sully" the department.

Spellings, who began her tenure in January, said that she and her chief of staff, David Dunn, were unaware of the deal when they worked at the White House.

Miller, briefed in advance because he had been a requester of the investigation, also warned that Spellings might invoke a privilege that would cause information to be deleted from the final version. It appeared that did not end up happening, a Miller aide said Friday.

After news accounts revealed his contract in January, Williams apologized for accepting ad money to promote the law while he also did so as a commentator, acknowledging a conflict.

The Ketchum contract has gotten the department into trouble in other ways.

The department paid for a video that looked like a news story, but it was not clear that the reporter in the segment was hired by the government. That is the same approach that congressional investigators have said amounted to "covert propaganda" in other cases.

Also, the department paid for ratings of education reporters based on how they covered Mr. Bush's education law. The government-funded study used several criteria, including points for pieces that made the law, the Bush administration and the Republican Party look good.