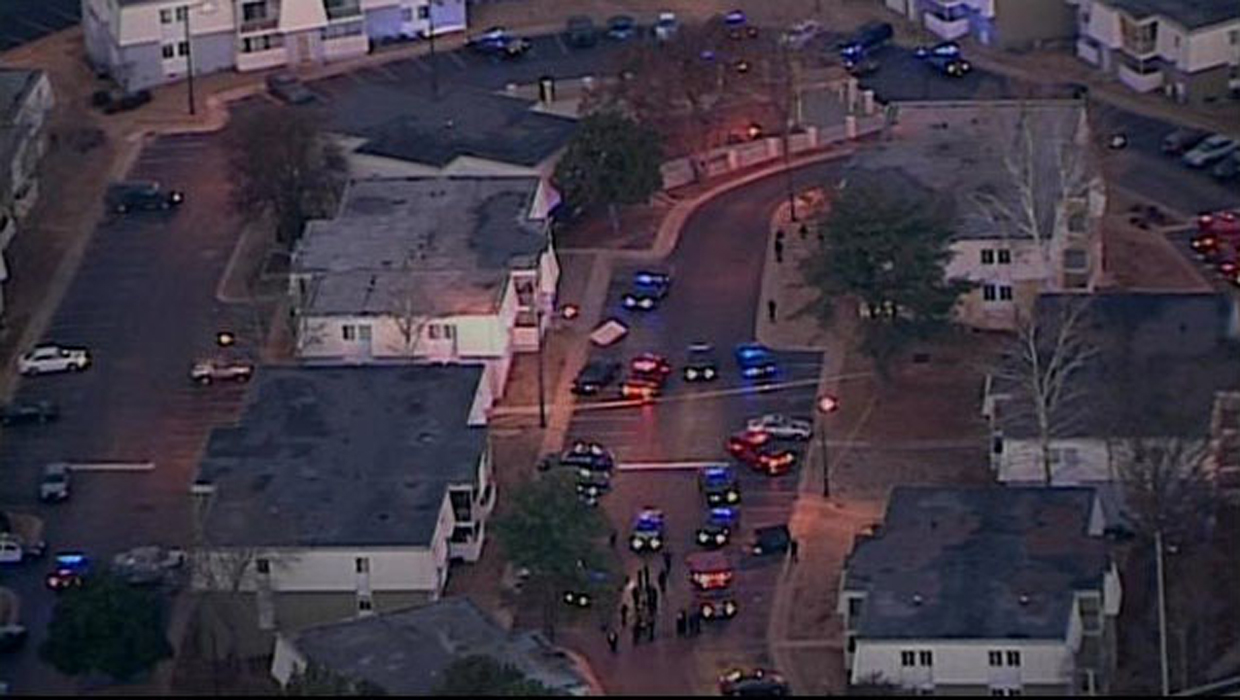 DECATUR, Ga. -- A three-hour manhunt that blocked roads in Georgia during the height of rush hour Friday morning has ended with a suspect's arrest, the Atlanta Journal Constitution reports.

The hunt began after two police officers and another suspect were shot around 7 a.m. at an apartment outside Atlanta.

Around 11 a.m., police reportedly tracked down and apprehended that suspect.

The officers were responding to a home invasion call at the Colony Ridge Apartments in Decatur when they were shot just before 7 a.m. Friday, reports the station. They were shot with a high-powered rifle, reported the Atlanta Journal Constitution.

The officers were reportedly alert and breathing when they were taken to a hospital.

The condition of the suspect who was also shot at the apartment wasn't immediately clear. Schools in the area are on lockdown as the manhunt continues.

Hours later, a second shooting was reported at a Home Depot about three miles away, reports the Journal Constitution. It wasn't immediately clear if the two incidents were related.