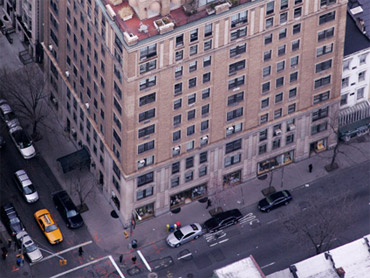 (AP Photo/Mark Lennihan)
The bad economy has caused renters to vacate their apartments in the largest numbers in more than 20 years, according to a report released Tuesday.

Reis Inc., a property research firm in New York, says the rate of empty apartments across the country hasn't been this high since 1986, Bloomberg News reported. The vacancy rate increased to 7.8 percent at the end of the third quarter, the report from Reis says.

At the same time, rent prices decreased but not by as much. How much tenants pay each month decreased by 2.7 percent. Even the amounts landlords advertised decreased by 1.8 percent.

The declines came as tenants lost their jobs or saw cuts taken from their paychecks. Unemployment continues to rise across the country with the Department of Labor recently reporting 9.8 percent of Americans out of work.

Vacancies "continued to rise despite what has traditionally been a strong leasing period for apartment properties," Victor Calanog, director of research at Reis, said in a statement to Bloomberg. "Given the inherent seasonality of rental and lease-up patterns we expect fourth-quarter figures to be even weaker, implying that we may break historic vacancy levels by year-end 2009."

Compared to the second quarter of this year, the vacancy rate only increased slightly from 7.7 percent. From the third quarter of 2008, the rate increased by more than a full percentage point from 6.2 percent.

In New York, even though the vacancy rate increased, renters looking to cash in on the depressed market and secure a once-out-of-reach apartment still have time to do so, Calanog said. The Big Apple's rate fell from 3 percent to 2.9 percent as new tenants signed leases for the fall.

"With New York being relatively more dependent on the still-embattled financial services sector, it may take a few more quarters before we see rents bottoming out" there, Calanog said. "We are on track for 2009 to register as the worst year in rent drops on record, far exceeding the historic 3.8 percent decline recorded in 2002."