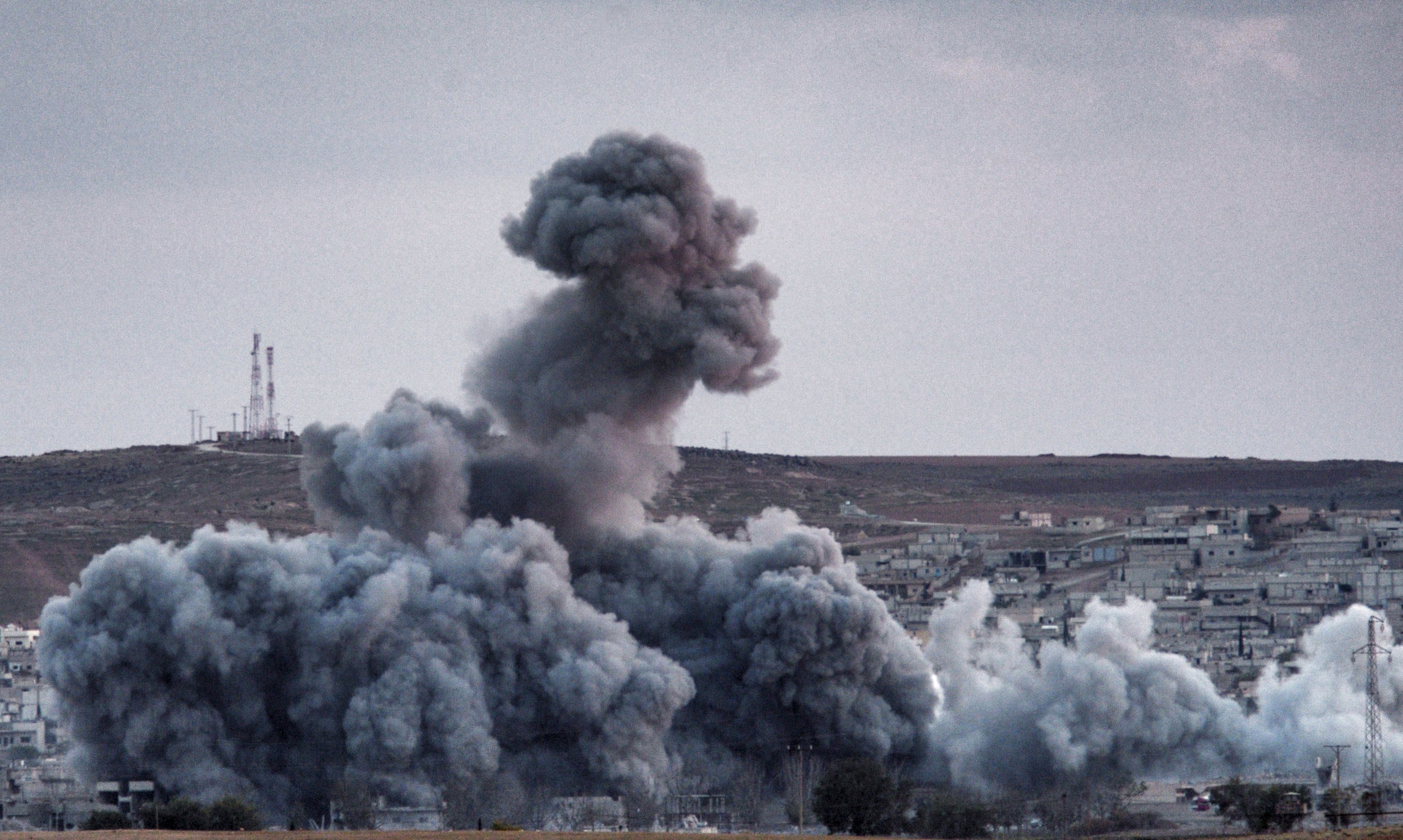 Human Rights Watch based its conclusions on interviews with several children who were among more than 150 Kurdish boys from Kobani abducted in late May as they were returning home after taking school exams in the city of Aleppo. It said around 50 of the Kurds escaped early in their captivity, while the rest were released in batches -- the last coming on Oct. 29.

"Since the beginning of the Syrian uprising, children have suffered the horrors of detention and torture, first by the Assad government and now by ISIS," said Human Rights Watch's Fred Abrahams. "This evidence of torture and abuse of children by ISIS underlines why no one should support their criminal enterprise."

Four of the children who were released told the New York-based rights group that they were held by the extremists in the northern Syrian town of Manbij.

They described frequent abuse at the hands of the militants, who used a hose and electric cable to administer beatings.

The boys, ages 14 to 16, said that some of the worst abuse was reserved for captives who had family members in the Kurdish militia known as the YPG, which has been locked in heavy fighting with ISIS militants for control of Kobani since mid-September.

The children said ISIS did not say why they were being released, other than that they had completed their religious training, the Human Rights Watch report said.

ISIS militants have taken hundreds of Kurds captive over the past year as part of the group's brutal campaign to take over predominantly Kurdish areas of northern and eastern Syria.

On Tuesday, the Britain-based Syrian Observatory for Human Rights said the extremists had released dozens of Kurds taken captive in February. It was not immediately clear why ISIS would release the captives now, nor whether a deal had been made with the Kurds for a prisoner exchange.

Meanwhile, the fight over Kobani has raged on, with ISIS pressing its assault despite fierce resistance from the town's Kurdish defenders and heavy U.S.-led airstrikes against the extremists. On Tuesday, clashes focused on the eastern and western sides of the town, the Observatory and an Iraqi Kurdish fighter said.

A militant video posted online Tuesday showed the aftermath of apparent U.S.-led airstrikes, which saw a large plume of black smoke rise over a neighborhood in the town.

Iraqi Kurdish forces known as peshmerga have deployed to Kobani to help bolster their Syrian brethren defending the town. So far, the peshmerga are only playing a support role, using their heavy weapons and mortars to provide cover to YPG militiamen, said the Iraqi fighter, who only gave his first name, Rebwar, because he wasn't authorized to speak to the media.

While much of the world's attention has focused in on the town along the Syria-Turkey border since the ISIS offensive there began some six weeks ago, France's foreign minister urged the international coalition against ISIS to save the embattled city of Aleppo after attending to Kobani.

Aleppo, once Syria's largest city, has been carved into opposition- and government-held areas since mid-2012. In recent months, the rebel-controlled zone has come under increasing threat as it has been squeezed by President Bashar Assad's forces as well as advancing ISIS militants.

"Abandoning Aleppo would mean condemning 300,000 men, women and children to a terrible fate: either a murderous siege under the regime's bombs or the terrorist barbarity of Daesh," Laurent Fabius wrote in a column published Tuesday in the Washington Post, France's Le Figaro daily as well as the pan-Arab Al-Hayat newspaper. Daesh is the Arabic name for the Islamic State group.

"That is why -- together with our coalition partners -- we must focus our efforts on Aleppo, with two clear objectives: strengthening our support for the moderate Syrian opposition, and protecting the civilian population from the twin crimes of the regime and Daesh," Fabius added.

French aircraft are taking part in the U.S.-led aerial campaign against ISIS militants in Iraq, but Paris opted out of the coalition mission in Syria.

ISIS overran much of northern and western Iraq in June, adding to the large chunk of northern and eastern Syria it already controlled. It has continued its push to try to consolidate its hold on that territory, including around Iraq's largest oil refinery outside the town of Beiji.

Besieged Iraqi troops have managed to maintain control of the refinery outside Beiji, some 155 miles north of Baghdad, despite numerous attempts by ISIS to capture it.