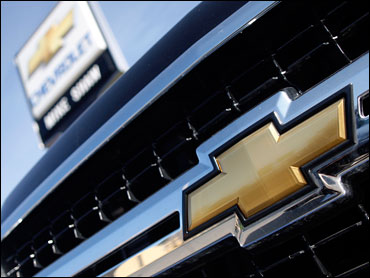 (AP Photo/David Zalubowski)
A move the national car rental agency Enterprise Rent-A-Car took to save millions of dollars could end up costing the company in the end following a report that the company sold thousands of Chevy Impalas without a standard safety feature.

The Kansas City Star reported Saturday that Enterprise "deleted" side-curtain air bags from the roughly 66,000 Impalas it sold after renting them out. The company also admitted to selling 745 Impalas without the airbags that were bought though online advertisements saying the cars included the safety feature.

"There's definitely a glitch in the system," Enterprise's vice president for corporate communications told The Star after the paper asked about the Web postings. "We'll make it right with our customers. … None of this is intentional."

Enterprise said it would contact all 745 drivers and offer to buy the cars back for $750 more than the Kelley Blue Book price. That's more than four times the $175 the company saved by ordering the cars with the airbags removed. The airbag removal from all 66,000 Impalas saved Enterprise about $11.5 million.

Side-curtain airbags have helped significantly reduce the number of highway deaths for drivers struck on the driver's side. A spokesman for Chevrolet told The Star the option to buy cars without the airbags helped companies avoid buying unwanted features. The airbags were removed from the 2006-08 models of the Impala.

"I've never seen a standard safety feature removed from a vehicle," the head of a safety research company told The Star. "That's what's so unique about this. I've been doing this work for 17 years and, until now, had yet to see this happen."