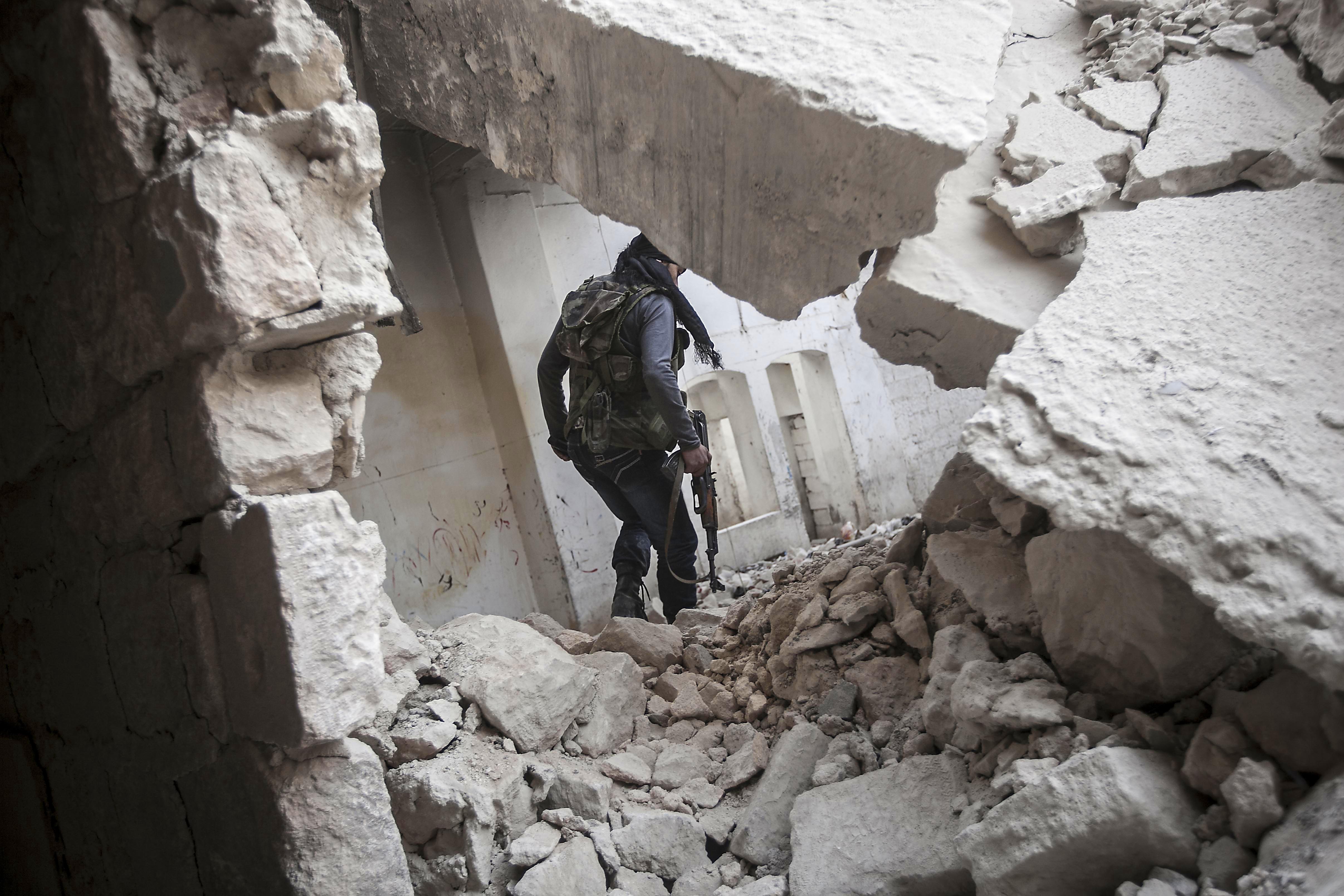 WASHINGTON The CIA has been delivering light machine guns and other small arms to Syrian rebels for several weeks, following President Barack Obama's decision to arm the rebels.

The agency has also arranged for the Syrian opposition to receive anti-tank weaponry like rocket-propelled grenades through a third party, presumably one of the Gulf countries that has been arming the rebels, a senior U.S. intelligence official and two former intelligence officials said Thursday. They spoke on condition of anonymity because they were not authorized to discuss the classified program publicly.

The Washington Post and The Wall Street Journal first reported the lethal aid.

Top rebel commander Gen. Salim Idris told NPR on Thursday that rebels had received no such aid from the U.S. The CIA declined to comment.

The officials said the aid has been arriving for more than a month, much of it delivered through a third party, which could explain why the rebel commander Idris does not believe the U.S. directly delivered the aid. The officials said the aid is delivered to commanders who have been vetted by the CIA, and the path of the weaponry is tracked through trusted parties within the country — though eventually, once they're in the hands of fighters, the U.S. loses sight of where the weapons go.

The rebels continue to request sophisticated anti-aircraft weaponry to take out the Syrian regime's helicopters, but the officials said neither the U.S. nor Syria's neighboring countries, like Jordan or Israel, wants the rebels to have weaponry that may fall into the hands of the al Qaeda-linked rebel group al-Nusra, or captured by Hezbollah fighters who are bolstering the Syrian army's effort.

The CIA program is classified as covert, which means it would be briefed to Congress's intelligence committees but not its defense committees. That explains why some senior lawmakers on the defense committees have complained the lethal aid was not arriving, two of the officials said.