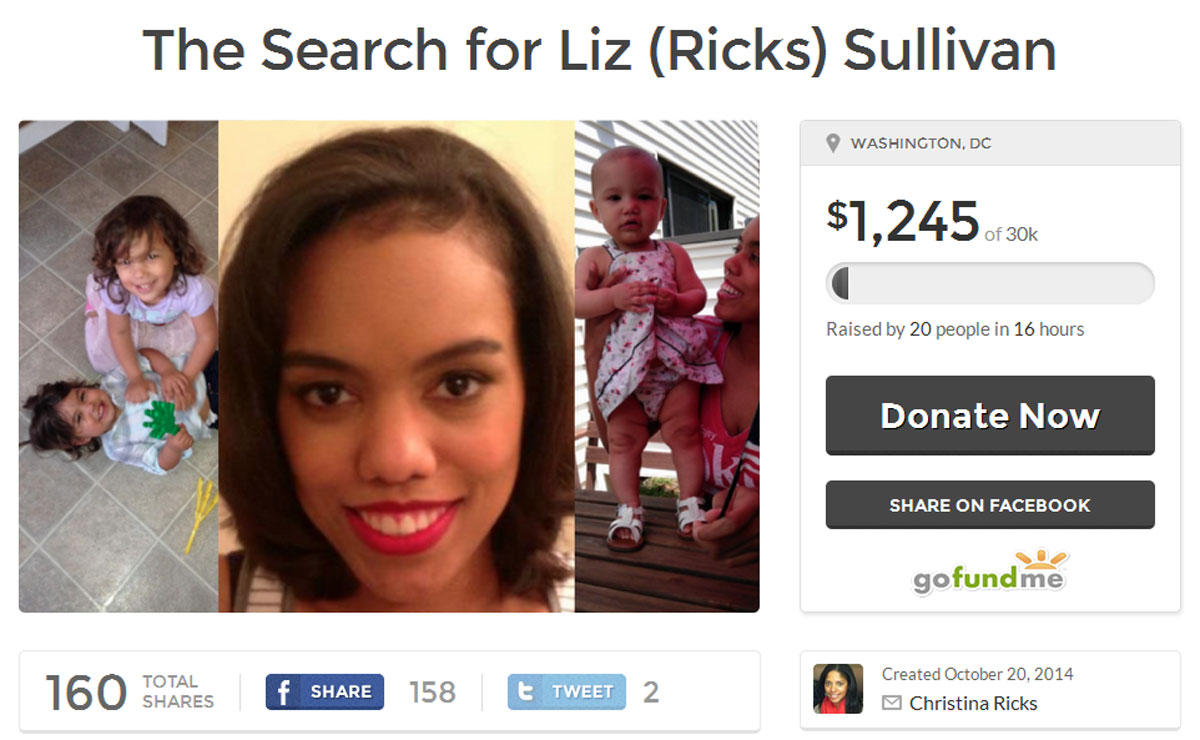 Elizabeth Ricks Sullivan, who is reportedly from Hampton, Virginia, was last seen at her home Oct. 13 in Point Loma, Calif. She is a mother of two young daughters, reports the station.

Her last contact was reportedly via text message that day, a week ago Monday, and her cellphone has since been turned off.

Family and friends have set up a GoFundMe page to aid in the search.

"Elizabeth is a married loving mother of two young children - Ryan and Grier - and our family will do everything in our power to find her and bring her back home safely," reads the page.

Sullivan reportedly is described as an African American female, five feet, three inches tall and 130 pounds. It's not known what she was wearing at the time she vanished.

Anyone with information on her whereabouts is urged to contact San Diego Police's Missing Persons Section at 619-531-2277 or Det. James Hunter at 619-531-2327 or jhunter@pd.sandiego.gov.

Mother arrested after her 6-year-old son found dead in car trunk
Thanks for reading CBS NEWS.
Create your free account or log in
for more features.
View CBS News In
CBS News App Open
Chrome Safari Continue
Be the first to know
Get browser notifications for breaking news, live events, and exclusive reporting.