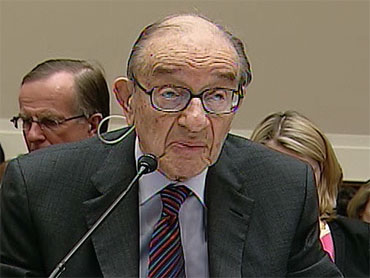 The 2008 U.S. financial market meltdown caused widespread damage throughout the economy and the world.

A federal commission established to investigate the crisis has concluded that the size of the meltdown's impact is similar to the breadth of parties there are to blame for it, reports the New York Times.

Most importantly, the commission concludes that the financial meltdown was "avoidable," reports the Times, which got an early look at the commission's findings.

"The greatest tragedy would be to accept the refrain that no one could have seen this coming and thus nothing could have been done. If we accept this notion, it will happen again," the report states.

The 10-member commission was far from unanimous in its findings, as only the 6 members appointed by Democrats approved of the report's conclusions, the Times reports.

Republican dissenters on the commission will publish their own findings shortly, and are expected to place most of the blame for the crisis on government policies promoting homeownership, the Times reports.

The commission's official 576-page report places some of the blame with former Fed chairmen Alan Greenspan and his successor, Ben S. Bernanke. Greenspan is singled out for advocating financial deregulation and failing to "stem the flow of toxic mortgages."

Both the Clinton and Bush administrations are cited in the report for missteps and inconsistencies that contributed to the financial turmoil.

Lobbying is also blamed in the report, which highlights the $2.7 billion spent between 1999 and 2008 by the financial sector on convincing politicians and federal officials to let them have their way.

Overall, the report paints a grim picture of mismanagement, miscalculation and a general lack of will to tackle obvious flaws in the financial system by government officials, industry leaders and regulators.

The report states: "The crisis was the result of human action and inaction, not of Mother Nature or computer models gone haywire. The captains of finance and the public stewards of our financial system ignored warnings and failed to question, understand and manage evolving risks within a system essential to the well-being of the American public. Theirs was a big miss, not a stumble."