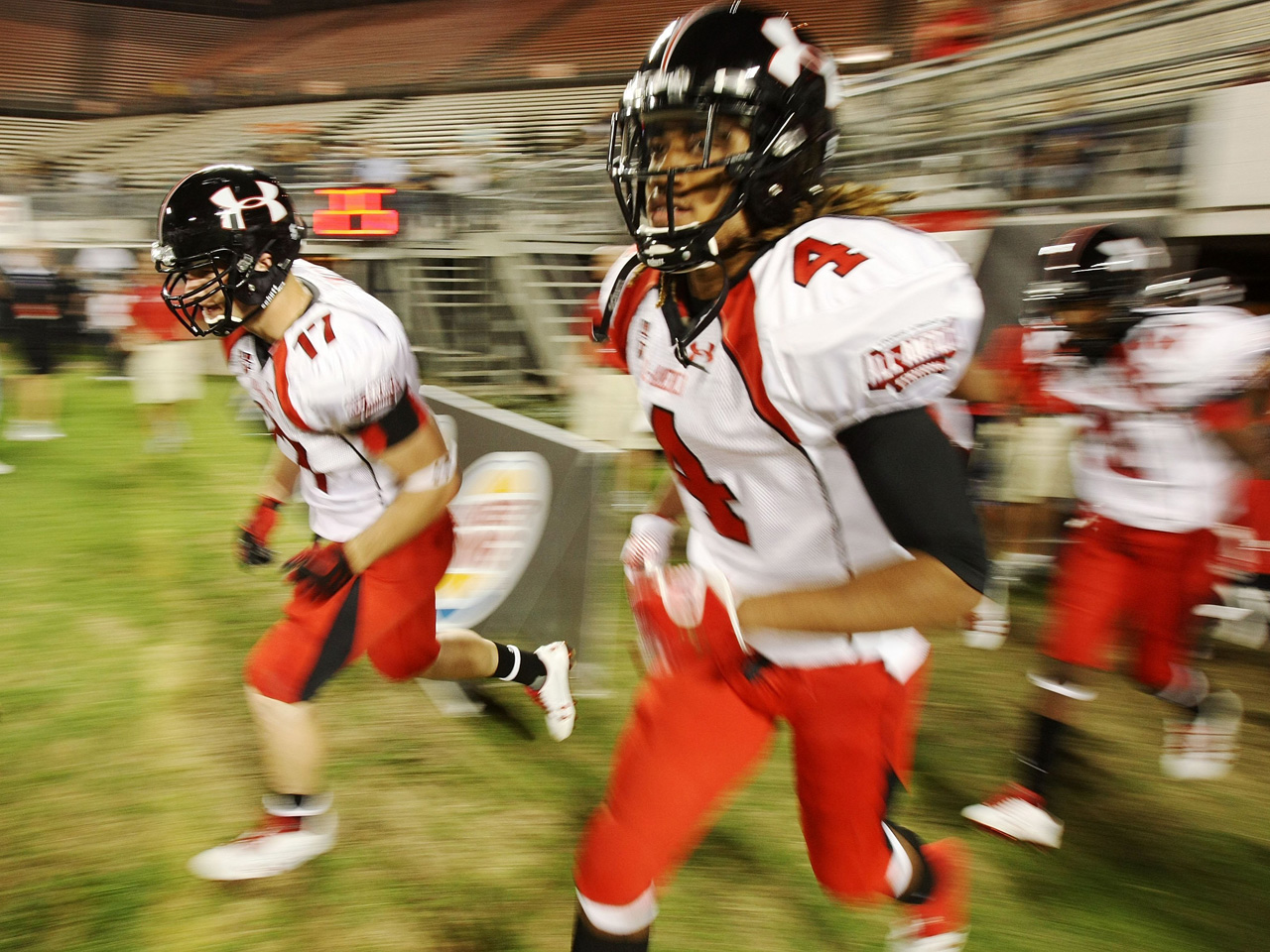 Young athletes who have suffered multiple concussions need significantly longer recovery periods than first-time sufferers, according to a new study that spent a year tracking youths following their head injuries.

"There may be a subgroup of kids, particularly those who play contact sports who are at risk over the course of their adolescence -- those are the ones we worry about," study author Dr. Matthew Eisenberg, an instructor in pediatrics at Harvard Medical School who is also a physician at Boston Children's Hospital, said to USA Today.

Researchers tracked 280 young people -- ages 11 to 22 -- for the 12 months after they presented to an emergency room. They were examined by a doctor and given a concussion symptom test, in addition to answering questions about their past medical histories. They were given additional concussions tests three months after the injury, or until all symptoms went away.

The researchers found the more concussions a patient had, the longer the recovery. On average, young people who previously had a concussion before they entered the ER had symptoms twice as long as those without previous concussions: 24 days versus 12 days, respectively. Patients who had more than one concussion prior to the most recent at any point in their lives had an even longer duration of symptoms, with a median of 28 days. Those whose earlier concussion occurred during the previous year faced symptoms for about 35 days.

Concussions can cause headaches, confusion or feeling foggy, dizziness, ringing in the ears, nausea, vomiting, slurred speech and fatigue, the Mayo Clinic points out. Children who have suffered concussions and return to athletic activity before its healed can experience fatal brain swelling -- known as second impact syndrome -- following another blow to the head, Mayo added. Young people may also be prone to post-concussion syndrome, in which they have persistent concussion symptoms like headaches, irritability and dizziness.

In addition to having a previous concussion, the factors with the strongest association for predicting a need for longer recovery were a high score on the concussion symptoms test, not losing consciousness from the head blow, and being aged 13 or older.

The new study adds evidence that athletes may need longer than the previously-believed two-week recovery time after a concussion. About 3.8 million athletes suffer a concussion each year, putting them at risk for getting another concussion within 10 days.

"The most important piece of information that comes out of this study is, if you've had prior concussions, the 10- to 14-day (recovery) thing may be completely out the window," Dr. Paul Comper, a neuropsychologist at the University of Toronto, who wasn't involved in the new research, told Reuters. "For you, it might be a month."

New concussion guidelines for athletes released in March by the American Academy of Neurology state "if in doubt, sit it out." Athletes who experience headaches or other symptoms when they return to exercise are urged to stop immediately and consult a doctor.

That advice can be especially important for young people, given the reported risks of depression and the degenerative brain disease chronic traumatic encephalopathy (CTE) in professional athletes who had concussion histories. A recent survey of high school football players found half would return to the field after sustaining a head injury, even though most had knowledge about the health risks.

"The big question that still needs to be answered is, what are the long-term effects of these concussions?" Eisenberg said to Reuters.

The study was published in Pediatrics on June 10.