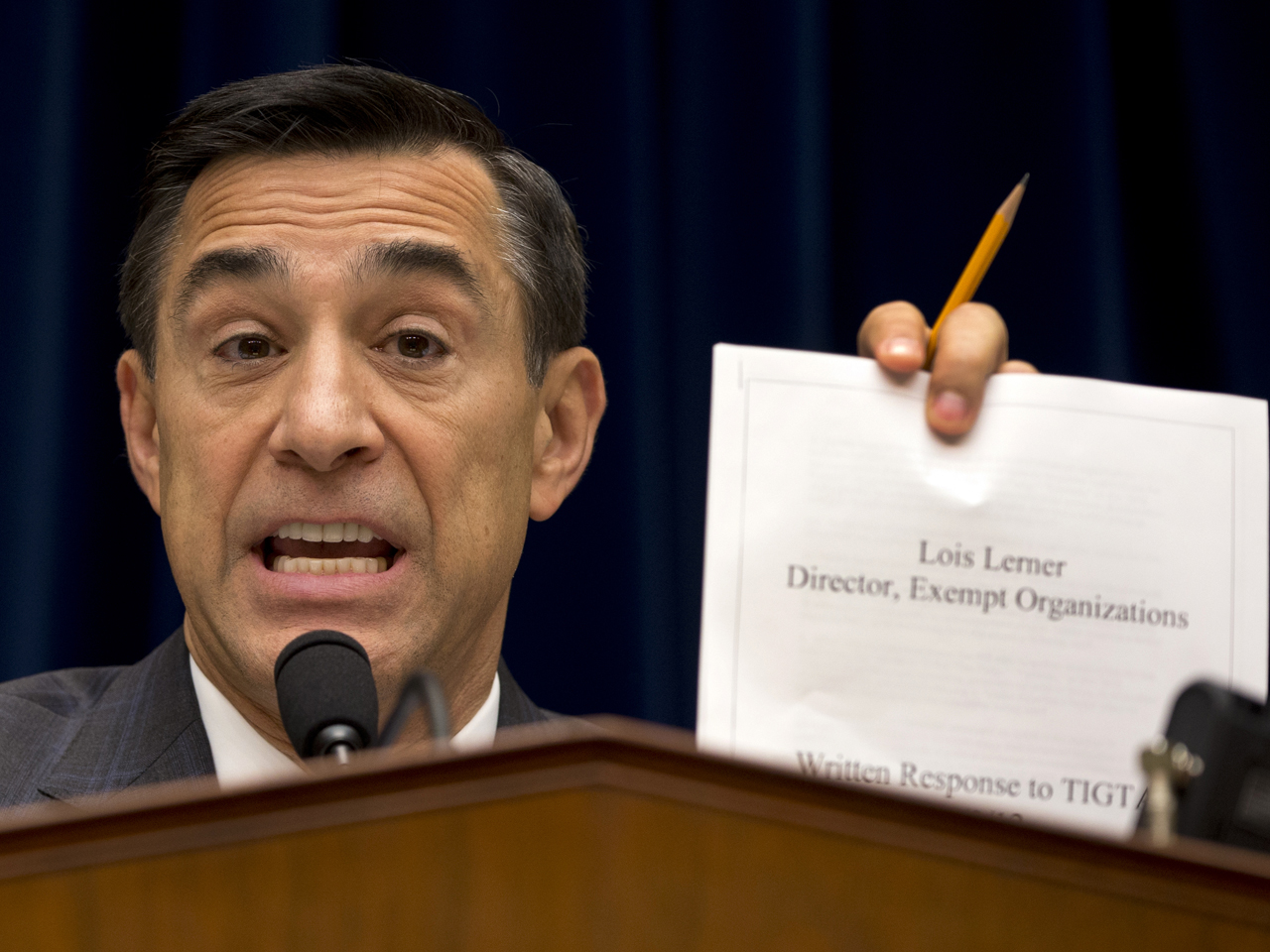 House Oversight Committee Chairman Darrell Issa, R-Calif., citing the testimony of IRS employees who spoke to his committee behind closed doors, argued Sunday that the tax agency's targeting of conservative groups was not the result of a few "rogue agents" in the Cincinnati field office, as the IRS and the Obama administration have insisted, but the product of a direct order from IRS headquarters in Washington.

"As late as last week, the administration's still trying to say there's a few rogue agents in Cincinnati," Issa said on CNN. "When in fact the indication is they were directly being ordered from Washington."

As evidence, Issa pointed to the testimony of IRS employees from the Cincinnati office who spoke to his committee and indicated that IRS headquarters in Washington requested a sample of applications from conservative groups for tax exempt status.

Rep. Elijah Cummings, D-Md., the top Democrat on the House oversight panel, slammed Issa's "reckless" statements to CNN in a press release, arguing that no definitive link has yet been established between IRS headquarters in Washington and the targeting practices that were carried out at the Cincinnati field office.

"So far, no witnesses who have appeared before the Committee have identified any IRS official in Washington DC who directed employees in Cincinnati to use 'tea party' or similar terms to screen applicants for extra scrutiny," Cummings stated. "Chairman Issa's reckless statements today are inconsistent with the findings of the Inspector General, who spent more than a year conducting his investigation. Rather than lobbing unsubstantiated conclusions on national television for political reasons, we need to work in a bipartisan way to follow the facts where they lead and ensure that the IG's recommendations are fully implemented."

Still, according to Issa, one employee said seven such applications were sent to Washington after a request from IRS headquarters. An employee also rebuffed the charge that the additional scrutiny paid to conservative groups was the product of a decision made locally the Cincinnati office. "It's impossible," the employee explained. "As an agent we are controlled by many, many people. We have to submit many, many reports. So the chance of two agents being rogue and doing things like that could never happen."

The interrogator followed up, asking, "With respect to the particular scrutiny that was given to Tea Party applications, those directions emanated from Washington, is that right?"

"I believe so," replied the IRS employee.

When CNN's Candy Crowley pointed out that Issa released only excerpts of the testimony, and that the link the excerpts establish between the targeting scandal and IRS headquarters is "totally not definitive," Issa promised more disclosure to come.

"The whole transcript will be put out," he said.

Issa lit into the White House for its shifting account of the targeting scandal, calling White House press secretary Jay Carney a "paid liar" who is "making up things and "saying whatever is convenient at the time."

"This is a problem that was coordinated, in all likelihood, right out of Washington headquarters and we're getting to proving it," he promised.

And if the ongoing targeting scandal plaguing the IRS were not enough of a headache, another controversy - this time over excessive IRS spending on conferences - began gathering steam on Sunday, with Issa's committee flagging a watchdog report, due to be released in full this week, that found that the IRS spent $50 million on 220 conferences between 2010 and 2012.

Perhaps the most conspicuous expenditure was an August 2010 conference in Anaheim, Calif., for which event planners did not negotiate lower hotel room rates, although they were buying in bulk, opting instead to pay the full price and obtain perks for IRS employees, like drink vouchers and ballgame tickets. A taxpayer-funded video released on Friday by the IRS also documented employees learning how to dance as part of the preparation for the conference.

The total cost of the Anaheim conference: $4 million.

Issa, reacting to the watchdog report, said "one might just call it leadership through entertainment," adding that it was emblematic of a problem within the "culture" of the federal workforce.

The report will be the subject of yet another hearing of Issa's oversight committee, scheduled for Thursday, which the chairman, in a press release, said will focus on the "excessive IRS conference spending and abuses of taxpayer dollars."