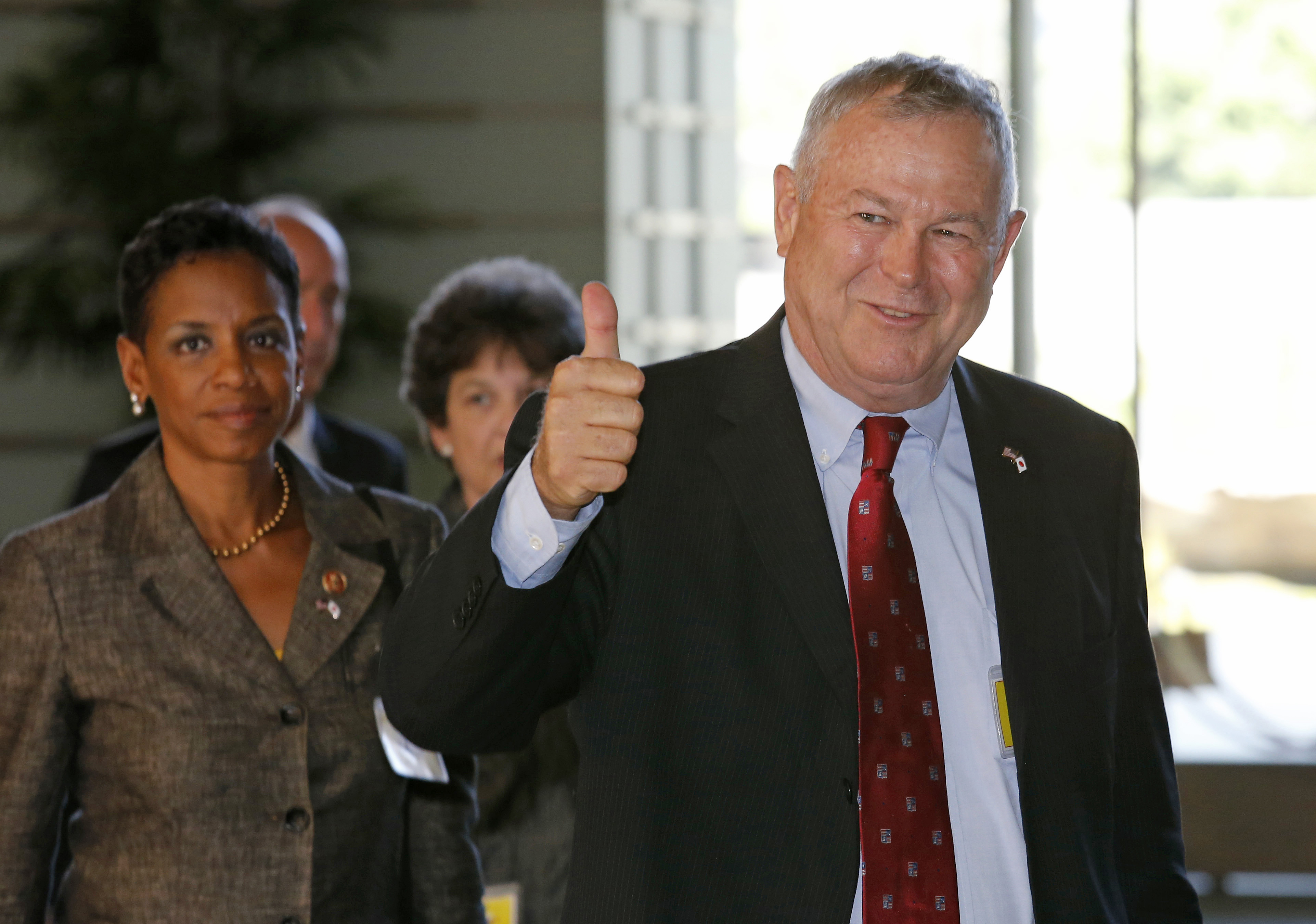 Rep. Dana Rohrabacher, R-Calif., claims he learned first-hand about Russian President Vladimir Putin's "tough guy" demeanor back in the 1990s when he lost a drunken arm-wrestling match to the Russian leader.

In an radio interview Thursday with 89.3 KPCC in California, Rohrabacher recalled meeting a group of young Russian leaders in Washington, D.C. in the 1990's -- including Putin, who was then deputy mayor of St. Petersburg. The congressman said the Russians wanted to meet him since he had served as a speechwriter for President Reagan, so he arranged a football game with the Russians and several of his "right-wing friends."

The congressman said he was paired with Putin. "He's a little guy, but boy, I'll tell ya: He put me down in a millisecond. He is tough, his muscles are just unbelievable."

Rohrabacher said Putin's "tough guy" demeanor is "no reason we shouldn't try to work with him" on a dealfor Syria to relinquish its chemical weapons.