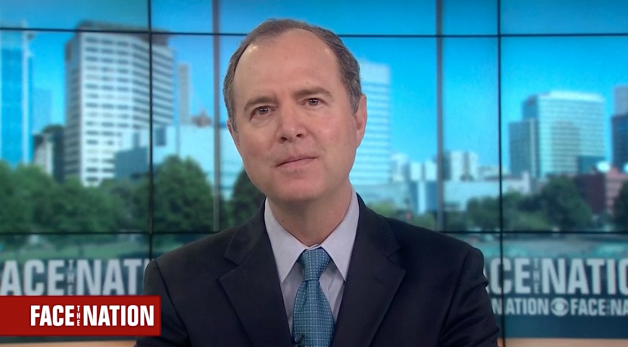 Rep. Adam Schiff of California, the top Democrat on the House Intelligence Committee, said Sunday there is "plenty of evidence of collusion or conspiracy in plain sight" regarding the Trump campaign and Russia. But he admitted that doesn't mean "there's proof beyond a reasonable doubt of a criminal conspiracy," saying it would be up to special counsel Robert Mueller to potentially make that case.

He also said President Trump is pushing a "muddled message" on the issue of Russian interference and collusion, saying, "The president can't distinguish between any allegations of conspiracy against his campaign and the broader problem of Russia continued to interfere in our elections." Mr. Trump has repeatedly denied that members of his campaign colluded with the Russians.

Schiff said the congressional investigations into Russian meddling in the 2016 election "revealed evidence that goes to the issue of conspiracy and collusion, a lot of which is now public," but did not elaborate. He said Mr. Trump continues to "cast doubt on whether he accepts the fundamental conclusion that Russia intervened."

Schiff also said Mr. Trump's "attempt to retract" his comments from the Putin summit in Helsinki, Finland, last month "goes well beyond any allegations of conspiracy."

Schiff said the "biggest thing that the president could do is confront Moscow to establish some kind of deterrent" to prevent further meddling in the upcoming midterm elections. He added that "as long as the Russians interfere on Donald Trump's side in the midterms, Vladimir Putin can count on the president to never call him out. And that leaves us all too vulnerable."

Schiff added, "The issue, I think, for us in the midterms is, what message is Putin hearing? Is he hearing the message that we heard from [DNI Dan] Coats and [FBI Director Christopher] Wray and others in that press conference at the White House, or is hearing the message of the president of the United States? And I fear that the message that the Kremlin cares most about is what they hear from Donald Trump, and that is still one of denial and cover for the Russians."