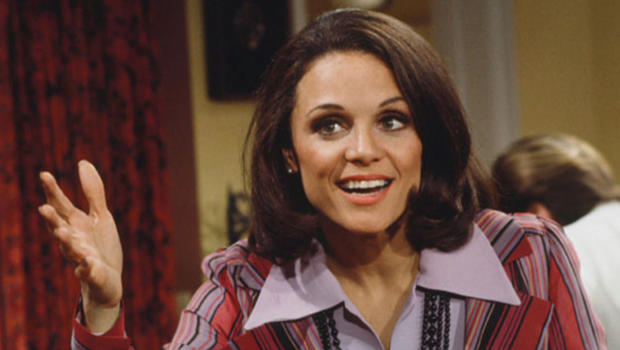 It may have been Mary Tyler Moore's show, but it was Valerie Harper who became America's favorite upstairs neighbor. She quickly made Rhoda Morgenstern a household name.

She had it all: A frank wit, a kooky wardrobe, and a brash New York style that never seemed to offend.

The role earned Harper four Emmys and a Golden Globe, plus a spot in TV history. When Rhoda finally got married on her own spin-off show, the episode became a TV event – one of the highest-rated of its time.

Over the course of her more than 60-year career, Harper was active on Broadway, and in movies, too.

She was working pretty steadily, even after 2013, when she announced she had a rare form of brain cancer.

Doctors told her back then she only had months to live.

"I know a lot of you feel like you know me, that you are part of the Morgenstern family, and I feel I know you, too, and so I owe you the truth at the same time as everybody else," Harper said.

She went on an episode of "The Doctors," where she explained living with the knowledge of death was actually a great gift:

"More than anything, I'm living in the moment. I really want Americans, and all of us, to be less afraid of death, and know that it's a passage. But don't go to the funeral before the day of the funeral."

After her brain cancer diagnosis, Harper competed in the competition series, "Dancing With the Stars."

Their friend and co-star Ed Asner, who's nearly 90 himself, said of Harper on Twitter: "Her brilliance burst through and shined its light upon all of us. Goodnight beautiful. I'll see you soon."