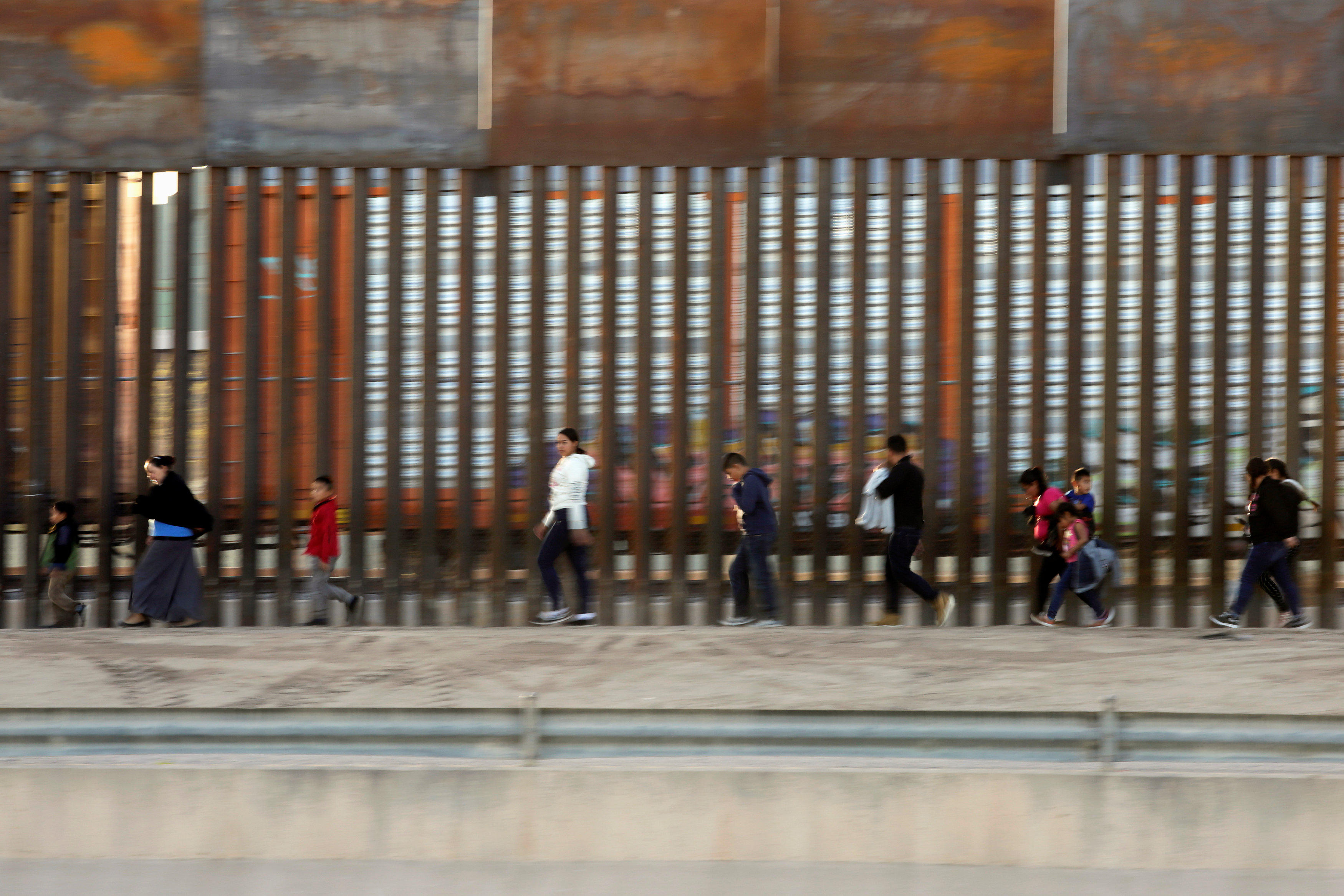 A panel of judges in the Ninth Circuit Court of Appeals — the federal appellate court President Trump frequently rails against for blocking many of his polices — will hear oral arguments Wednesday on a legal challenge to the administration's "Remain in Mexico" policy.

Last week, the Department of Homeland of Security (DHS) informed CBS News that the government had resumed the controversial practice of keeping non-Mexican migrants who who claim asylum at ports of entry along the southern border in Mexico while their cases are processed in the U.S.

The administration had halted the policy, officially known as the "Migrant Protection Protocols," for a few days after a federal judge blocked the government from implementing earlier this month. Last week, however, the Ninth Circuit granted the government's emergency motion to stay the lower court's ruling, allowing DHS to resume the practice.

The government had been expanding the policy after former DHS secretary Kirstjen Nielsen first implemented it at the San Ysidro Port of Entry in San Diego in late January. The policy is designed to address the unprecedented flow of migrant families from Central America heading towards the U.S.-Mexico border.

Under the policy — which is also in place at the ports of entry in Calexico, California and El Paso, Texas — nearly 2,000 migrants have been returned to Mexico to await their court hearing, a Mexican government official told CBS News.

U.S. District Judge Richard Seeborg in the Northern District of California issued an injunction halting the administration's practice earlier this month. He said the plaintiffs, a group of immigrant rights groups and asylum seekers, "met their burden" to block the policy on the grounds that "it lacks sufficient protections against aliens being returned to places where they face undue risk to their lives or freedom."

The Trump administration, however, has claimed the policy is designed to help the government stabilize the situation at the southwestern border, where U.S. officials have been struggling to handle a unprecedented surge of migrants from Guatemala, Honduras and El Salvador — collectively known as the "Northern Triangle." Thousands of migrants are traveling across the continent, fleeing the widespread poverty and chronic poverty in their countries and hoping to seek asylum in the U.S.

Last month, U.S. immigration authorities said they reached a "breaking point" after apprehending or turning back more than 103,000 migrants — including approximately 53,000 families and nearly 9,000 unaccompanied children — along the U.S.-Mexico border.

The surge has incensed Mr. Trump, who has accused Democrats and judges of hampering his hardline immigration agenda. He has also berated Mexico and countries in Central America for not doing enough to prevent migrants from traveling across their borders, vowing to cut all U.S. foreign aid to the "Northern Triangle" and possibly shuttering the border with Mexico.

"A very big Caravan of over 20,000 people started up through Mexico," the president wrote on Twitter Wednesday morning. "It has been reduced in size by Mexico but is still coming. Mexico must apprehend the remainder or we will be forced to close that section of the Border & call up the Military. The Coyotes & Cartels have weapons!"

Angel Canales contributed to this report.