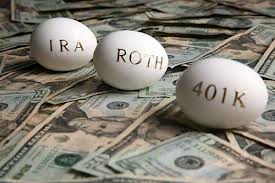 (MoneyWatch) Earlier this week, I wrote about IRA required minimum distributions and the rules people must follow for taking distributions when they are older and have money in retirement accounts.

These requirements specify when the distributions must commence, the payout period required, and the rate of distribution. These rules affect both lifetime and post-death distributions. The minimum amount that must be distributed each year is calculated by using a factor from the Uniform Lifetime Table which is specified in IRS Publication 590.

Generally, individuals who turn age 70 1/2 must commence distributions from their IRAs no later than April 1st of the following the year.

For example, if in 2013 you turned age 70 and a half, you would need to take your first minimum distribution from your IRA by April 1st 2014. Since these requirements apply to traditional and rollover IRAs (but do NOT apply to Roth IRAs), the amounts distributed are generally reported to the individual on form 1099 R and are taxable as income.

Receiving these distributions may create additional taxable income which often triggers other tax problems, such as causing more of your Social Security income to be taxable or the loss of itemized deductions due to phase-outs tied to your adjusted gross income.

But there are a few strategies people should consider to minimize the tax problems these required distributions can create, such as:

Roll IRA into 401(k): People 70 and above who continue to work for an employer who sponsors a 401(k) or other retirement plan are not required to take taxable withdrawals from their retirement plans until they retire. To avoid taking required distributions from their IRAs at age 70, individuals who plan to continue working should consider rolling over their IRA into their employer's retirement plan before their 70th birthday. Doing this delays the requirement to take distributions from the IRA funds that are transferred into the 401(k) or other similar type of plan. This is especially advantageous when the individual does not need the IRA distributions for income and is in a higher tax bracket.

Tax Free IRA Distributions to Charity: IRA owners age 70 1/2 are allowed to distribute up to $100,000 from their IRAs tax free as long as it is sent directly to a charitable organization. This was also retroactively restored for 2012 and was extended again through 2013. For higher income earners who make donations to charity, this makes more sense than taking a required distribution from your IRA that is taxable as income and then donating cash to a charity and claiming an itemized deduction. The reason is that some of their itemized deductions will be lost because of the phase out of deductions due to higher adjusted gross income. But the IRA distribution to a charity would be tax free.