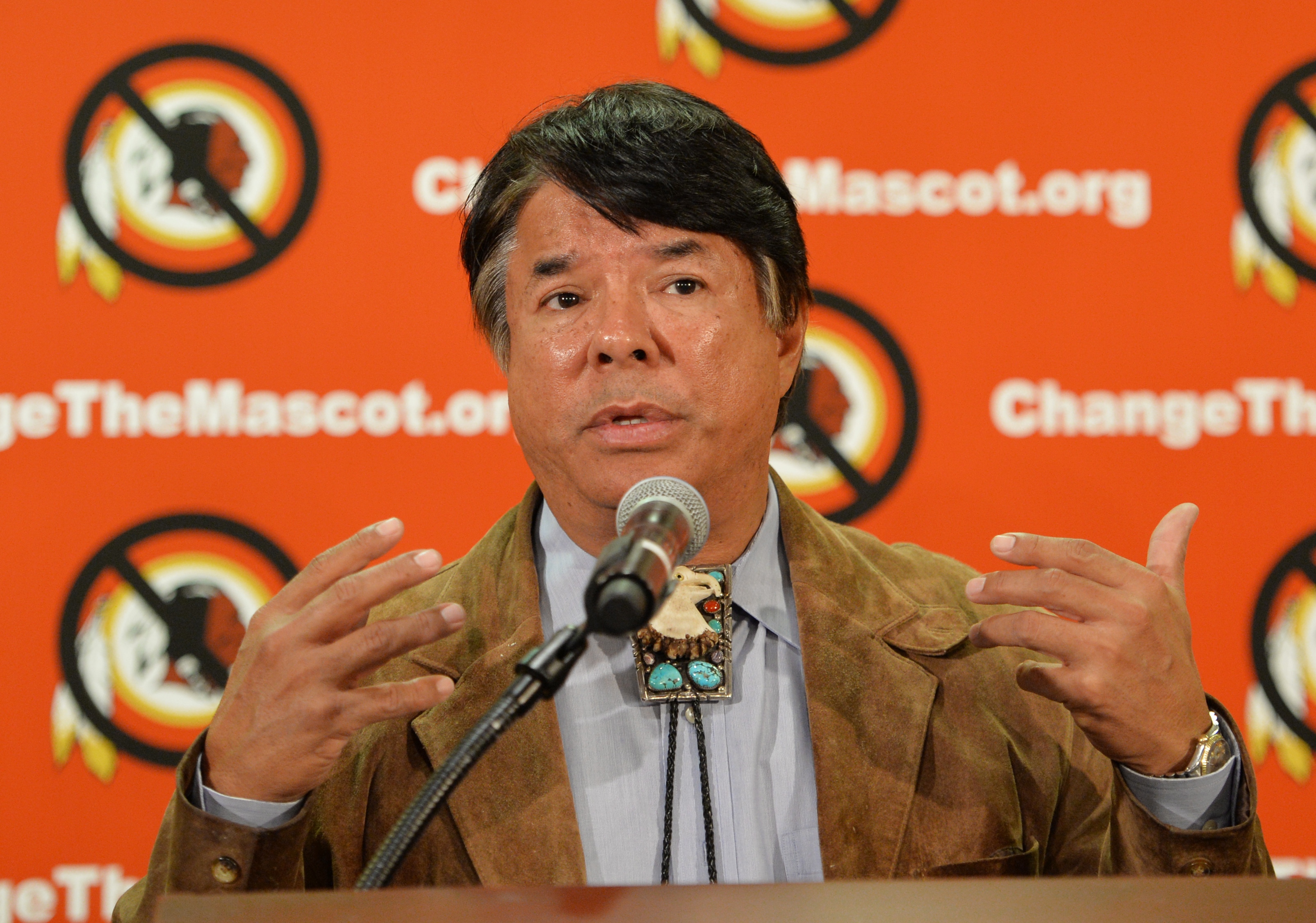 WASHINGTON -- From an immediate, practical viewpoint, the ruling by a trademark board that the Washington Redskins have a "disparaging" nickname doesn't mean much. The team doesn't have to change a thing, and the matter will likely be tied up in courts for years.

From an emotional, intangible standpoint, however, the decision issued Wednesday by the U.S. Patent and Trademark Office is another boost for those who have been advocating change, increasing the financial and political pressure for a movement that has gained significant momentum over the last year and a half.

In its ruling, the board cited federal trademark law that "prohibits registration of marks that may disparage persons or bring them into contempt or disrepute."

By a 2-1 vote, the Trademark Trial and Appeal Board sided with five Native Americans in a dispute that has been working its way through legal channels for more than two decades. It's a cascade in what has become a steady, almost daily, stream of developments that have called the name into question, with political, religious and sports figures - including President Barack Obama - weighing in on the topic.

"Even though it doesn't have a practical effect right now for the team, the timing is right in the middle of when this tide of different players and senators and people are talking about it," said Brad Newberg, a copyright law expert in Virginia. "It's probably not the best timing from the team's perspective."

Senator Maria Cantwell, D-Wash., who is among the lawmakers who has urged the NFL for a change in the team name, said Wednesday that she was "excited" by the board's ruling.

"Finally people are recognizing that this issue can no longer be a business case for the NFL to use this patent," Cantwell said. "This is not the end of this case, but this is a landmark decision by the patent office."

The Redskins quickly announced they will appeal, and the team's name will continue to have trademark protection while the matter makes its way through the courts. A similar ruling by the board in 1999 was overturned on a technicality in 2003.

"We've seen this story before," Redskins attorney Bob Raskopf said. "And just like last time, today's ruling will have no effect at all on the team's ownership of and right to use the Redskins name and logo. We are confident we will prevail once again."

CBS News correspondent Jan Crawford reports that even if the team eventually lost a legal battle, trademark experts say it has other legal avenues to keep people from selling unlicensed merchandise.

"I would not take this as a green light to go out there and start printing fake Redskins jerseys and going out and selling them," said trademark attorney Howard Hogan.

Raskopf also cited polls and anecdotal evidence that suggest most Native Americans support the name. Team owner Dan Snyder has long argued that the name is used with respect and honor, and is a source of pride among many American Indians.

"There's no momentum in the place that momentum matters," Raskopf said. "And that's in Native America."

The ruling involves six uses of the Redskins name trademarked by the team from 1967 to 1990. It does not apply to the team's American Indian head logo.

If it stands, the team still will be free to use the name, but it will be more difficult for the team to go after others who print the Redskins name on sweatshirts, jerseys or other gear without permission.

"Joe in Peoria is going to have a pretty good argument that he could put the 'Redskins' name on some T-shirt," Newberg said.

Newberg estimated that the ruling, if upheld, could cost the team tens of millions of dollars per year. Forbes magazine puts the value of the Redskins franchise at $1.7 billion and says $145 million of that is attributable to the team's brand.

The board exercised its authority under a section of the Trademark Act of 1946 that disallows trademarks that may disparage others or bring them into contempt or disrepute. Over the years, the courts have rejected arguments that the First Amendment guarantees the right to register any name as a trademark.

In reaching its decision, the board drew on the testimony of three experts in linguistics and lexicography, and combed through old dictionaries, books, newspapers, magazines and even vintage movie quotes to examine the history of "redskin," looking specifically at whether it was considered disparaging at the time the trademarks were issued.

Earlier this year, the agency rejected a request from a company to sell pork rinds using the word "Redskins" because it deemed the term to be "derogatory slang." It also turned down an Asian-American rock band called The Slants and the Jewish humor magazine Heeb.

Courts overturned the board's 1999 ruling in part because the plaintiffs waited too long to voice their objections after the original trademarks were issued. The case was relaunched in 2006 by a younger group of Native Americans who only recently became adults and would not have been able to file a case earlier.

Until recently, the trademark case often stood alone in the campaign to draw attention to the issue. Now it's just part of an ongoing narrative.

On Saturday, a major sector of the United Church of Christ voted to urge its 40,000 members to boycott the Redskins. On Capitol Hill, half the Senate recently wrote letters to the NFL urging a change because "racism and bigotry have no place in professional sports."

Seattle Seahawks cornerback Richard Sherman spoke out against the name in the context of the NBA's decision to ban Los Angeles Clippers owner Donald Sterling for life for making racial comments. Obama said last year that he would think about changing the name if he owned the team. Mayor Gray suggested Wednesday that the name will almost certainly have to change if the team ever wants to build a new stadium in the city.

Snyder, who has vowed repeatedly never to abandon the name, declined to comment as he walked off the field after a practice Wednesday. He recently created a foundation to give financial support to American Indian tribes, but that failed to mollify his critics.

"If the most basic sense of morality, decency and civility has not yet convinced the Washington team and the NFL to stop using this hateful slur, then hopefully today's patent ruling will, if only because it imperils the ability of the team's billionaire owner to keep profiting off the denigration and dehumanization of Native Americans," Oneida Indian representative Ray Halbritter and National Congress of American Indians Executive Director Jackie Pata, two of the leading voices in the campaign to change the name, said in a statement.