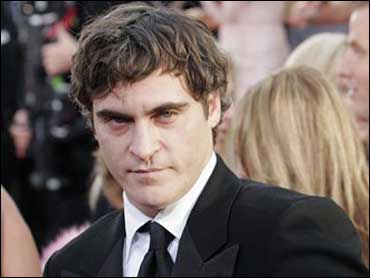 As the Cincinnati Reds cleared the bases with one double after another, everyone in the dugouts sensed they might never see the likes of such an inning again.

The largest shutout win in the majors in three years left both sides numb.

Even the Reds had a hard time comprehending the damage they inflicted in one inning of nonstop offense.

"It was awesome," said Reds starter Pete Harnisch (8-5), who left for a pinch hitter in the middle of it. "It was just one of those innings. You won't see it again for four or five years."

Maybe longer. It was Cincinnati's biggest inning since it scored 14 times in the first against Houston on Aug. 3, 1989. And it was the most runs ever allowed by Milwaukee in one inning, surpassing the previous mark of 11 by Kansas City on Aug. 21, 1995.

In all, the Reds sent 16 batters to the plate against Brad Woodall (5-6) and two relievers. They got four plate appearances with the bases loaded and produced a walk and three doubles as they pushed the lead to 14-0.

"You can't be awed, but that doesn't happen very often," Reds manager Jack McKeon said. "It seems like in innings like that, when you're on the other side, you just can't get anybody out. And when you're on our side, everything is falling in."

The Reds' offense didn't end when the inning did. Cincinnati added three more in the seventh, when the Reds were jogging the bases after hits, and ended up with 14 hits and seven walks. It was their second-best offensive game of the season, behind an 18-7 victory over Colorado at Coors Field on April 10.

There were all sorts of reference points for the final margin:

It matched the most lopsided loss in Milwaukee history, a 19-2 defeat to the New York on Sept. 25, 1996, that clinched the AL East for the Yankees.

Afterwards, the Brewers' clubhouse was nearly silent as players sat at tables and nibbled on barbecued ribs and chicken. The only sounds were the steady sprinkle from the shower room and the crackle of players munching on potato chips.

"Anytime something like that happens, it's not fun to watch, especially when you're part of it," Woodall said. "It shouldn't happen very often but when it does, you've just goto fight through it."

Barry Larkin started the big inning with a solo homer, the third off Woodall, and relievers Joe Hudson and Mike Myers quickly multiplied the damage. The Reds had a single, five doubles, one homer and five walks in the inning.

Harnisch struggled in his first appearance in 10 days, but got his first victory since June 26. Harnisch, sidelined by a sore biceps, pitched out of four scoring threats in six innings and threw 111 pitches.

In their brief history as NL rivals, the Reds have won six of seven against Milwaukee, including all four games in Cincinnati.

Woodall lost for the fourth time in five decisions, giving up eight runs and seven hits in five-plus innings. Three of the first four hits he allowed were solo homers by Eddie Taubensee, Sanders and Larkin.

The left-hander failed to retire any of the six batters he faced in the sixth, leaving after he walked Taubensee on four pitches with the bases loaded.

Joe Hudson, obtained from Boston in a July 31 trade, made his NL debut and walked four of seven batters. Hudson also gave up bases-loaded doubles to Sanders and Casey.

Aaron Boone's bases-loaded double off Mike Myers drove in three more and completed the scoring. The Reds are hitting .349 with the bases loaded this season.

As the inning went on, two rows of lights went out in the stadium named for Cinergy utility company. The game continued without delay and the lights eventually came back on.