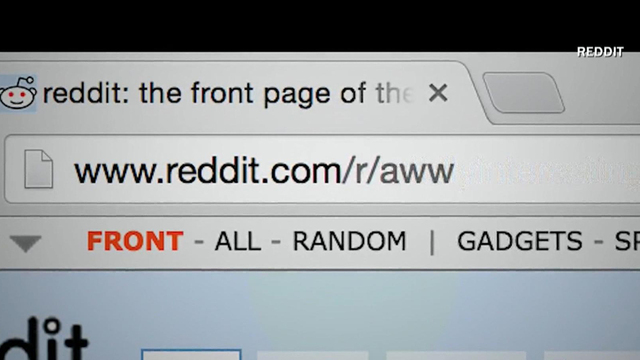 Reddit has made a lot of headlines lately. Now the company is trying to make things right.

A tumultuous several weeks saw the conspicuous and suspicious separation of a popular moderator on the social sharing site, the attempted ousting and subsequent resignation of the CEO, various defections and allegations, and a widespread uprising among the site's 172 million dedicated users, emanating largely from a fear of corporate whitewashing that would erode the say-anything ethos of the site and its adherents.

In an "Ask Me Anything" forum on the site Thursday, cofounder Steve Huffman, who returned to the CEO position after interim CEO Ellen Pao stepped down, announced that despite vocal dissent, Reddit would be instituting new, stricter policies on what can and cannot be said on the site.

"As Reddit has grown, we've seen additional examples of how unfettered free speech can make Reddit a less enjoyable place to visit, and can even cause people harm outside of Reddit," he wrote.

The new policies draw official lines between acceptable and unacceptable speech, a distinction that many users see as antithetical to the First Amendment free-for-all they currently enjoy.

"This is what we will try, and if the hateful users continue to spill out into mainstream reddit, we will try more aggressive approaches," Huffman added. "Freedom of expression is important to us, but it's more important to us that we at reddit be true to our mission."

In many ways, his words echoed those of Pao, who resigned from her position last week after a maelstrom of online attacks related to her restrictive actions against more unseemly elements on the site and presumed involvement in the removal of a key employee beloved by the community.

In an op-ed essay in the Washington Post Thursday, Pao wrote, "The foundations of the Internet were laid on free expression, but the founders just did not understand how effective their creation would be for the coordination and amplification of harassing behavior. Or that the users who were the biggest bullies would be rewarded with attention for their behavior."

She added, referring to the crux of her difficulties in the Chief Executive role at Reddit, "To understand the challenges facing today's Internet content platforms, layer onto that original balancing act a desire to grow audience and generate revenue. A large portion of the Internet audience enjoys edgy content and the behavior of the more extreme users; it wants to see the bad with the good, so it becomes harder to get rid of the ugly. But to attract more mainstream audiences and bring in the big-budget advertisers, you must hide or remove the ugly."

It is exactly this "ugly" that Huffman has now vowed to do away with, in some cases putting it behind the wall of an opt-in agreement and in other cases banning outright.

According to Huffman's initial outline, spam, "anything illegal," harassment, bullying, "anything that incites harm or violence against an individual or group of people," unauthorized publication of another person's private information and "sexually suggestive content featuring minors" are prohibited.

The more amorphous categories of "adult content," which must be flagged as "NSFW" (Not Safe For Work) and "another type of content that is difficult to define but you know it when you see it" must be opted-into to view. The latter will also require a log-in, will be suppressed from public listings and searches, and "will generate no revenue for Reddit."

Unsurprisingly, his bold but in some cases vague new policies were met with many questions from Redditors about just how it will be determined what constitutes offensive content and where to draw the line between what can exist if kept out of the public eye and what cannot exist on the site at all.

Huffman responded to queries with some specific examples.

The forum /r/raping women, one of the many "subreddit" sections on the site, he said, "will be banned. They are encouraging people to rape."

A highly trafficked racist subreddit called "coontown," on the other hand, will be "reclassified" under the new standards. "The content there is offensive to many, but does not violate our current rules for banning," Huffman explained.

"As I state in my post," he wrote, "the concept of free speech is important to us, but completely unfettered free speech can cause harm to others and additionally silence others, which is what we'll continue to address."