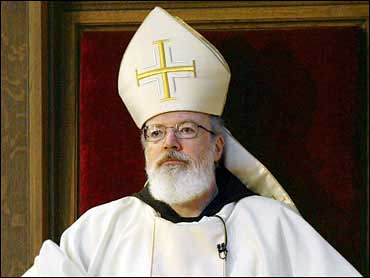 Esteban Loaiza had won five consecutive games all against teams with losing records. On Friday night, he beat the team leading the AL wild-card race.

Loaiza is 5-0 in six starts since joining the rotation on July 24. He is also 6-1 since coming off the disabled list July 4 after breaking his hand in a car door.

Loaiza gave up five hits in six-plus innings, striking out five and walking three. He has not allowed more than three runs since becoming a starter and Texas is unbeaten is all seven of his starts this season.

"I'm just moving the ball around, hitting my spots and the corners, and mixing up my pitches," said Loaiza, who had an ERA over 7.00 as a reliever. "I'm just looking at the glove and throwing the ball there."

Loaiza (6-1) cruised through the first four innings, allowing two hits, but struggled in the fifth. He gave up two runs and two hits and walked three in the inning.

Boston, which remained one game ahead of Oakland in the AL wild-card race, trailed 4-0 before Butch Huskey homered on the first pitch of the fifth, ending Loaiza's consecutive scoreless innings streak at 13 2-3.

Trot Nixon's sacrifice fly pulled the Red Sox to 4-2. With runners on first and second, Loaiza pitched around Nomar Garciaparra, the league's top hitter, to load the bases. He then got Mike Stanley to hit an inning-ending flyout to the warning track on a 3-2 count.

"I gave Pudge (catcher Ivan Rodriguez) a sign that if Garciaparra wanted to chase a pitch out of the strike zone he could, but we weren't going to give him anything good to hit," Rangers manager Johnny Oates said. "He got the ball up a little, but luckily Stanley got underneath a little. I was glad it wasn't hit about 10 more feet. That was the key at-bat of the ballgame."

Darren Lewis chased Loaiza with a leadoff triple in the seventh and scored on Nixon's sacrifice fly off reliever Mike Munoz.

John Wetteland pitched the ninth for his 34th save in 41 chances, tying Mariano Rivera of the New York Yankees his former setup man for the major league lead.

Mark Portugal (7-11) allowed all four runs and nine hits in six innings and dropped to 0-4 against Texas.

Palmeiro's two-run homer in the second was his fourth in five games and 34th this season. Palmeiro has 348 career homers, moving him into a tie with George Foster for 55th on the career list. The Rangers have 15 in their last six games.

"He's has been in a groove for the last eight or nine years," Portugal said. "I left the ball up. Good hitters hit mistake pitches."

Palmeiro and Rusty Greer added RBI singles in the third.

"We held them to four runs, so we had a chance to win this ballgame," Huskey said. "Their pitching came through though."