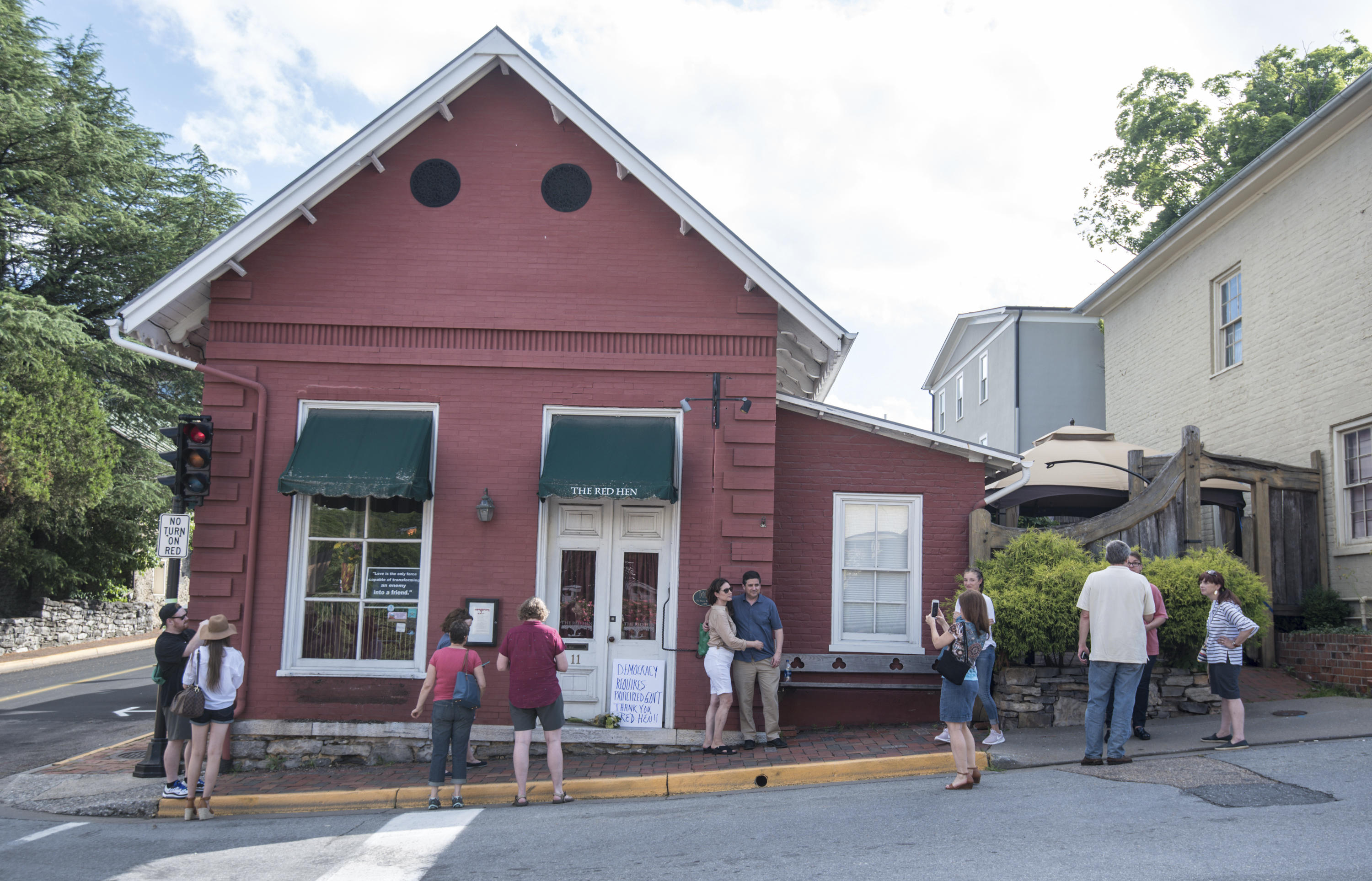 When it comes to the Red Hen restaurant in Lexington, Virginia, and the numerous establishments across the country that happen to share its name, birds of a feather don't always want to flock together.

Restaurants bearing some version of the Red Hen name are trying to distance themselves from the decision by one business to ask Sarah Sanders to leave, which prompted the White House press secretary to tweet during the weekend that she'd been shown the door "because I work for @POTUS." That notion, which the Virginia restaurant owner did not dispute, prompted a parade of detractors and supporters to pick up their phones and type blistering Yelp reviews targeting Red Hen restaurants regardless of city, state or even country.

The Red Hen restaurant in Washington, D.C., which sits in an upscale neighborhood of the nation's capital, attempted to clarify it had no connection to the controversy involving Sanders, tweeting Saturday that she had gone to an unaffiliated Red Hen, "not to our DC-based restaurant."

More than 4,300 replied, including multiple tweets calling on the restaurant to condone Sanders and the Trump administration's actions. The Red Hen answered the threats by defining "unaffiliated" as well as an explanation that it is illegal for businesses in the District of Columbia to discriminate against people because of their political views.

On Yelp, the backlash included one-star reviews and death threats. Conversely, one user asked if the restaurant was connected to the one that declined to serve Sanders, saying if so, they'd "stop by."

Beyond social media, the restaurant was also egged.

Another Red Hen restaurant, this one in Swedesboro, New Jersey, also faced a slew of angry calls and social media posts for refusing to serve a woman who'd never stepped through their door.

A manager told NJ.com that the restaurant's rating fell from "4.8 stars to three-point-something."

Separately, those trying to visit the website of the Red Hen restaurant in Old Saybrook, Connecticut, first encounter a pop-up box declaring the eatery has "absolutely no affiliation with any other Red Hen restaurant anywhere else."

The backlash also extended to a long-defunct cafe called the Red Hen in the suburbs of Atlanta, Georgia, where the owner of the restaurant closed for nearly a decade reported fielding a stream of complaints.

Across the border, the owners of the Olde Red Hen in Ontario, Canada, also faced the downside of mistaken identity, with one Facebook user calling the restaurant "liberal trash."

Even the Little Red Hen in Muntiniupa City, Philippines, faced moments of displaced reckoning, with one critic blasting it for refusing to serve Sanders, despite it not even being in the same country.

By Monday morning, President Trump added his two cents, criticizing the Red Hen in a tweet. Like Sanders, he did not offer a location for the restaurant he was trashing.