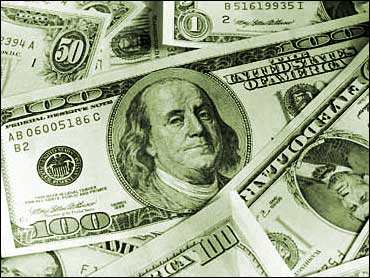 This column was written by Brian Deese.

Many Americans have sacrificed to help lighten the load of Hurricane Katrina's victims. Since the storm, they have donated more than $500 million. Thousands have left their jobs to volunteer. Communities across the country, meanwhile, have opened their doors to refugees.

Yet when it comes to reaching into the public coffers, President Bush and congressional leaders seem intent on asking no one to sacrifice -- at least, not among the country's top income-earners. While Congress was correct to act quickly in approving emergency funds, all but a few voices have ignored the larger question of how our nation will foot the bill of the cleanup and rebuilding -- a multiyear effort that could easily run to more than $200 billion. President Bush has brushed aside the question, saying, "We can win the war on terror…we'll help the people in New Orleans and Mississippi and Alabama as well ... and there won't have to be tax increases." Meanwhile, Republican congressional leaders remain committed to pushing the president's tax cut agenda this fall, including eliminating the estate tax that would, in the first decade, give the wealthiest 1 percent of Americans an additional $1 trillion in tax cuts. .

Running up our national credit card is not a victimless crime. First, the fiscal deterioration -- from $5 trillion in projected surpluses over the next decade to nearly $5 trillion in projected deficits -- has left Americans more vulnerable to crises. In 2001, when the economy was strong, the country was able to absorb substantial deficit spending in the wake of September 11 without constricting the Federal Reserve's flexibility to ease interest rates. But piling $200 billion onto those large deficits today -- when gas prices are soaring, the housing market is wavering, and the Fed is increasingly constrained -- could exacerbate a downward economic spiral.

Second, tacking Katrina's costs onto the deficit could produce a double-whammy for the thousands of poor and disabled Gulf Coast residents who were left to die while those with means and privilege ran for safety, as well as for the poor across America who suffer deprivation every day. One truism of federal budgeting is that growing deficits force difficult spending decisions, and when they do, programs to help the poor are usually first on the chopping block. This year's budget is a textbook example: In the name of deficit reduction, Congress' provisional budget already includes deep cuts in Medicaid, food stamps, and other programs for the poor -- all while advocating as much as $35 billion in new tax cuts for the 0.2 percent of Americans who make more than $1 million.

As the deficit worsens, the programs most important to the poor will be most vulnerable to further cuts: Section 8 housing, which supported more than 25,000 Louisiana and 15,000 Mississippi households in 2004; the Medicaid that nearly a million Louisianans and 600,000 Mississippians rely on; and the Earned Income Tax Credit that supports a higher share of poor workers in Louisiana and Mississippi than in any other state. Add budget cuts to the draconian new bankruptcy regulations scheduled to take effect next month, and thousands of poor, displaced citizens may be denied any chance to put their lives back together.

Third, budgeting without the discipline to make tradeoffs leads to overspending, inefficiency, and waste. The latest emergency spending bill approved by Congress includes a provision to increase the limit on 250,000 government workers' credit cards from $15,000 to $250,000. While potentially legitimate, this could open the doors to substantial fraud and abuse.

As Americans sacrifice more of their money and time over the coming weeks, they should demand the same level of sacrifice from our leaders in order to ensure that the public cost of this disaster does not end up as another unaccountable deficit-expanding asterisk that hurts the poor and handicaps our economy. To start, the Bush administration should call on Congress to immediately table all additional tax cuts promised to upper-income earners in the coming years until it agrees to a plan than can cover Katrina's costs without increasing the deficit or forcing cuts in programs that help the poor.

Brian Deese is a student at Yale Law School. He was previously a senior analyst at the Center for American Progress in Washington.