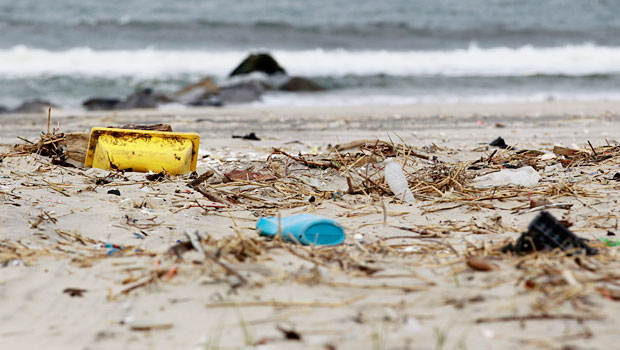 (CBS/AP) SANDY HOOK, N.J. - A record amount of trash was picked up along New Jersey beaches last year, including a kitchen sink and a bag of heroin.

And you thought the only thing criminal about the Jersey shore was, well...that tv show.

Clean Ocean Action has been doing beach sweeps for 25 years and says in a report this week that more than 475,000 pieces of litter were removed from the shoreline last year.

That included the aforementioned bag of heroin, a 10-gallon gas tank, five pairs of underwear, a duck caller and a plastic cow, in addition to the kitchen sink.

There also were four televisions, a plastic Easter egg with $3 in it, a fire extinguisher, a toilet seat lid and an MP3 player.

Also found were 84 whole tires, nearly 1,400 aerosol cans and more than 1,300 strands of fishing line, which can kill sea life that gets tangled in it.