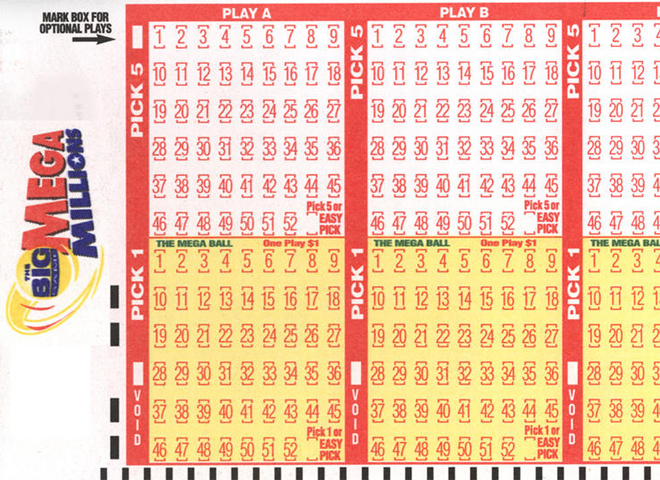 Editor's note: This story was updated at 12:15 p.m. Eastern time when Mega Million officials announced the jackpot had grown to $640 million. Earlier Friday, the jackpot amount was $540 million.

Multiply that by 42 states, and get an idea of the frenzy over Friday night's record $640 million Mega Millions jackpot. It's the biggest lottery jackpot in U.S. history.

Officials were expecting to sell about 1.2 billion tickets total before the drawing, and one says there's a 90 percent chance there will be a winner Friday night.

But we may not know who it is right away.

When Garina Fearon won, she said there was "jumping all over the place!"

It was a Cinderella story. The single mom from Jamaica had been both homeless and bankrupt, but she won a $54 million dollar Mega Millions jackpot in 2010.

"It was a shock," she says. "Shock, shock, shock. Because ... the day when I went to play the lottery, I asked for Powerball but yet, still, I was pointing to Mega Million. So, I thought it was all a dream."

It's a dream many of us pay big money for.

"Americans spend about $60 billion on the lottery every year,' says Stephen Dubner, co-author of "Freakonomics." "That's about -- more than $500 per American household goes to playing the lottery. The return on that as an investment is horrible. ... It's even horrible as a gambling outcome."

The odds of winning are nearly 176 million-to-one, meaning you'd have to buy 176 million tickets to get every possible combination, and be guaranteed a win.

We tracked down two mathematicians to see if we could better those odds. They say your best bet is to make sure that, if you win, you don't have to share.

"You would do well to get numbers that most people would think look unlucky, because those would be the ones that nobody would pick," says New York University Mathematics Prof. Sylvain Cappell.

"There are things you should definitely avoid," says fellow NYU Mathematics Professor Charles Newman, "because many people don't avoid them. So there are people who will make numbers based on the patterns they make on the sheet where you fill in the numbers. It's a very bad idea putting money in those."

So if the mathematician were to buy a ticket, what numbers would he pick?

"I choose them at random," says Newman.

"I have to say," Cappell noted, "the best strategy is not to buy the lottery ticket!"

Like millions of Americans, Fearon isn't taking that advice. She's bought $25 in tickets for the mega-drawing.

To see the Rebecca Jarvis report, and a discussion with "CBS This Morning" co-hosts Charlie Rose and Erica Hill about increasing the still extraordinarily slim odds of winning, click on the video in the player above.