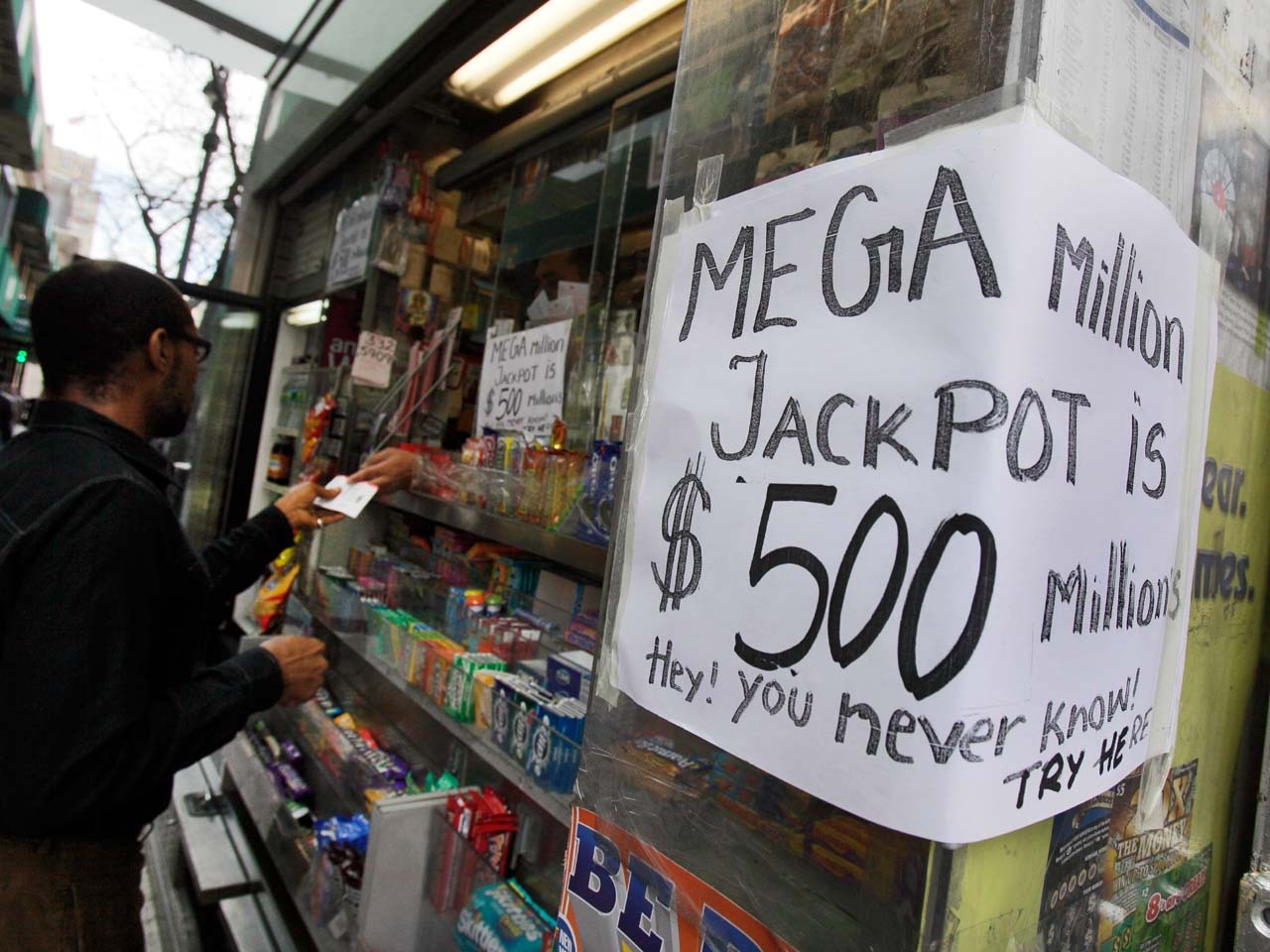 (AP) PROVIDENCE, R.I. - People queuing up for Mega Millions tickets aren't the only ones salivating over the record $540 million jackpot that could be won Friday — some state governments struggling through lean times know a hometown winner would bring a tax bonanza.

Taxes on a lump-sum payment option to a single winner could mean tens of millions of dollars of badly needed revenue that could go to restore entire social service programs on the chopping block, pay for hundreds of low-income housing units, forestall new taxes or hire more state troopers.

So many tickets have been sold that the jackpot climbed Thursday to the largest in U.S. lottery history, according to officials in Rhode Island, one of 42 states where Mega Millions is played. If a lone winner took the lump-sum payout on the jackpot's current amount, it would be an estimated $389.8 million.

Illinois sells lottery online as jackpot soars
Mega Millions $540M: What to do if you win
Video: Mega-Millions pools: How to eliminate conflicts

"I'd love it if a Rhode Islander wins," said Rep. Helio Melo, the chairman of the House's Finance Committee.

In Rhode Island, when the tax man comes calling for his 5.99 percent, that would mean an estimated $23.3 million, forked over in a single payment.

With it, the state could pay for most of a $25 million bond for affordable housing that voters may be asked to approve this fall. It could also help Rhode Island reach its goal for aid to school districts for the first time. The state, which has a $7.9 billion budget, is $22 million short.

A big lottery windfall wouldn't solve the state's fiscal woes, but it could help chip away at the debt, pay for one-time expenses or delay budget cuts or tax increases — including on expensive clothing, pet grooming, car washes and taxi fares — at least for a year, Melo said.

States set their own tax rates on lottery winnings. New York, for instance, charges 8.82 percent, while several, including California, charge none.

Ohio's share of the lump-sum payout would be $23 million, hardly pocket change but still a fraction of the state's $56 billion two-year budget.

"We're not holding our breath waiting for a tax windfall for the state, but we will always root for Ohio and Ohioans and hope lottery luck comes to a Buckeye," said Joe Testa, the state's tax commissioner.

In Montana, lawmakers already could have an excess of $500 million to work with when they write a budget in 2013. Another $50 million or so from tax collections on an in-state Mega Millions win would be icing on the cake.

State Sen. Dave Lewis, a former Montana budget director who now leads the Finance Committee, said he would use his influence to make sure the windfall is used for one-time spending, such as on buildings and infrastructure.

Rhode Island already has a tax windfall coming its way from two recent Powerball wins. An 81-year-old Newport woman won the Feb. 11 jackpot worth $336.4 million, and the winning ticket for $60 million jackpot on March 7 was sold here.

The Rhode Island Association of School Committees has asked the state to use the $17 million for technology and wireless Internet in schools. That would be in place of a $20 million bond.

Gov. Lincoln Chafee has said the state, which is facing a $117 million budget shortfall next fiscal year, can't rely on those lottery winnings — and, of course, no state can. But his director of administration recently weighed in, saying of the tax payment: "We're happy to collect it."